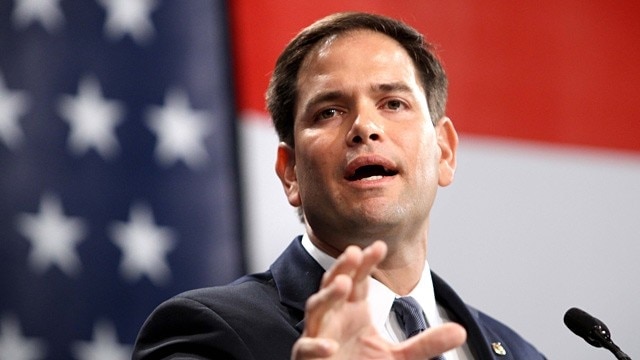 Among the proposals in the act would be to end the District’s long standing gun registration mandate, bring shall-issue concealed carry policies to the nation’s capital and to restrict the city council from passing further firearms laws.

The legislation is backed in the Senate by Sen. Marco Rubio of Florida – believed to be in the hunt for a GOP presidential nomination – and in the House by Rep. Jim Jordan of Ohio.

“In order to achieve the American Dream, people need to be able to live in safe communities and be able to protect themselves, their families and their properties from danger. The lawful exercise of the Second Amendment is part of what makes this possible,” said Rubio in a statement. “For years, the District of Columbia has infringed on its residents’ Second Amendment rights and rendered them vulnerable to criminals who could care less what the gun laws are. This legislation will finally allow D.C.’s law-abiding residents and visitors access to firearms for sporting or lawful defense of themselves and their homes, businesses and families.”

The sweeping 41-page legislation, introduced as S.874 reads like a laundry list of repeals of various laws established since 1906 by the District. Gone would be the D.C. Council’s ability to implement gun policy while the measure would scrap the city’s ban on semi-auto rifles, registration requirements, and dual licensing regulations for legal gun dealers.

The legislation takes special aim at the District’s new concealed carry permitting scheme, classified as one of the strictest in the country, and was only established to comply with a federal court order. The Republican proposal would require licenses to be issued or denied within 60 days of application, that training requirements be relaxed to accept hunter’s education cards and military service, and that the city’s “good cause” rules be thrown out. The latter would transition the enclave into a shall-issue jurisdiction.

Jordan introduced a similar measure last session to the House that garnered 28 co-sponsors but never made it out of committee.

The District’s non-voting voice in Congress, Del. Eleanor Holmes Norton, a Democrat, chastised the sponsors of the legislation, questioning the motives of its primary backer.

“It should shock no one that Senator Rubio, who is widely expected to soon announce a run for President, would try to raise his national profile and conservative bona fides, but they should be shocked to hear that he would try to use our local jurisdiction and laws to violate his own support for the principle of local control,” Norton said in a statement. “Such bullying is not very presidential.”

The White House echoed its displeasure at the move by federal lawmakers to attempt to scrap the city’s gun laws.

This is not the first attempt in recent years for Congress to take a stab at D.C.’s gun laws.

Last July a Republican lawmaker from Kentucky introduced an amendment that stripped federal funding for enforcing the ordinances concerning guns in the District. In essence, it would have pulled the rug out from under Washington’s long-standing assault weapon ban and gun laws that were originally challenged under the landmark Heller v DC case before the Supreme Court in 2008. However, the funding was restored two months later.

Rubio’s proposal has been referred to the Senate Committee on Homeland Security and Governmental Affairs.