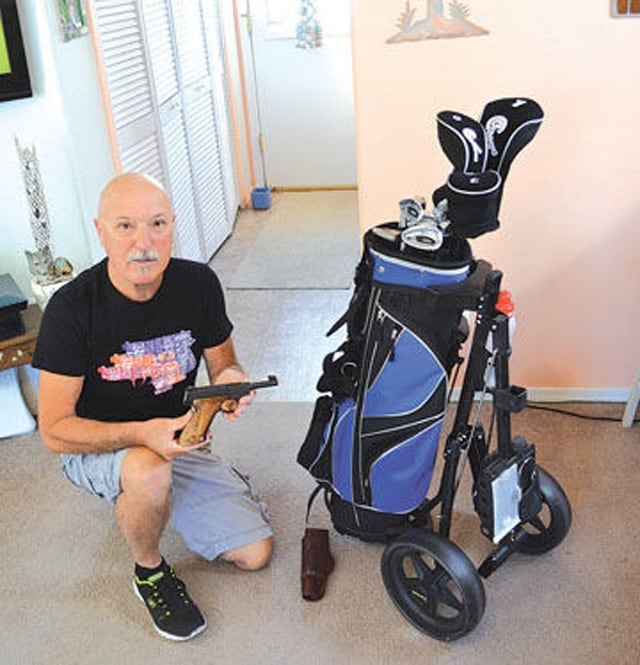 Mel Grewing purchased a secondhand set of golf clubs at a Sedona, Arizona, thrift shop last week, but the following day when he went through the golf bag in which they came, he discovered a few typical golf accessories, as well as a loaded .22-caliber pistol.

Grewing took the gun to the police department, where they are in the process of running the serial numbers. So far, the weapon has not come up as either missing or stolen, however, it’s not registered either. Authorities said that if their search comes up empty, the Browning Arms handgun will simply be returned to Grewing.

The owner of the shop said they usually go through all of the incoming items, but apparently missed this one.

Grewing said the gun had a fully-loaded magazine, with a round in the chamber, and the safety was off.