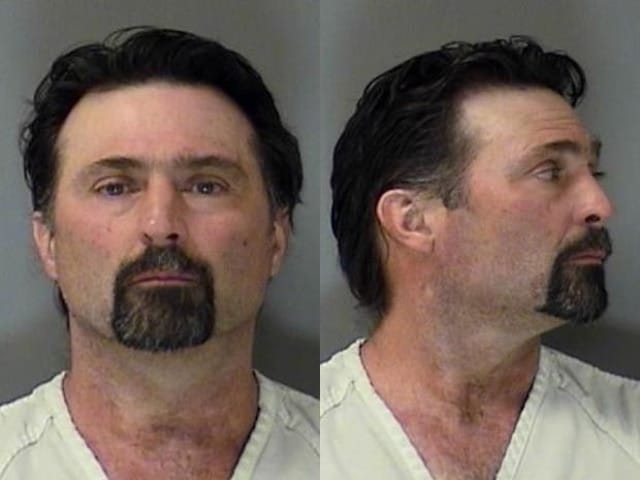 According to court documents, William Krisstofer Wolf is a “self-described sovereign.”

A 52-year-old man from Bozeman, Montana, who hosts a weekly radio program to rally against an “out of control government,” was arrested last week after he attempted to buy a full-auto shotgun from an undercover federal agent.

After months of correspondence, William Krisstofer Wolf met with the agent at a Livingston truck stop Wednesday to buy a Saiga-12, which had been converted from a semi-automatic to fully-automatic and also had a shortened barrel. Wolf paid $725 for the shotgun and was promptly arrested by federal authorities following the transaction.

According to court documents filed Thursday, Wolf, who is well-known to local authorities as an anti-government organizer, began a weekly radio program in November 2013 known as The Montana Republic with the intent of educating the public and rallying “like-minded patriots” together to stand up against against corrupt and abusive government entities. According to his website, Wolf feels it is the “duty” of the American people to “perform if our government gets out of control.”

“Wolf repeatedly espoused his contempt for local judges, law enforcement, the county attorney, city and county commissioners, and the agents and agencies of the federal government,” according to his indictment. Wolf also advocated for the citizen’s arrest of local authorities and indicated that the use of force should be used, if necessary, when carrying out those arrests.

During the radio programs, Wolf continued to detail plans of action for the “restoration of the constitutional government” and taking back the government by starting at a local level and expanding outward. Those details apparently included discussions about destroying bridges and power grids, and gaining control of law enforcement vehicles and weapons. Wolf talked about using blow torches on officers outfitted in body armor, and destroying the Bozeman Police Department’s BearCat by “cooking it from the inside.”

During an October broadcast, Wolf said, “I firmly believe that all agents of the government, all judiciary, and all police officers are target.” The following month, Wolf told his listeners that the time for talking was over.

Wolf closed a January meeting by saying, “My preferred method, I’m serious; my preferred method would be to drop 500 pounds of napalm through the roof of the [Gallatin County] courthouse and burn it to the ground and roast some marshmallows on it.”

In the months that follow, Wolf met with the undercover agent and discussed different weapons that he could acquire. During those meetings, Wolf expressed the same views about government with the agent as he had previously discussed on the radio broadcast.

The agent ensured Wolf that if he was to buy the full-auto shotgun through him, there would be no paperwork involved and nobody would know that he had it, to which Wolf allegedly replied, “I love that.”

Wolf’s arrest was completed without incident and he remains in the Yellowstone County Jail, where he is scheduled to have his first court appearance Thursday. If convicted, Wolf will face up to 10 years in prison and a $250,000 fine.