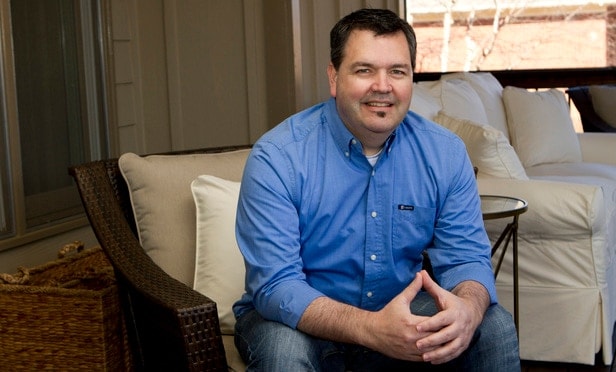 Jeffrey Pombert worked for Harper’s Investigation when it was hired by Glock to weed out corruption. (Photo: John Disney/Daily Report)

Glock Inc. and three of its attorneys are accused of orchestrating a phony prosecution against a former employee to conceal criminal activity.

Jeffrey Pombert alleges the company’s owner, Gaston Glock Sr., his attorneys and local law enforcement in Cobb County, Georgia, conspired to discredit him by fabricating evidence that connects him to a racketeering scheme. The alleged fabrication led to charges against him and two of his cohorts, which were dropped in 2013.

The 70-page complaint, filed in a Georgia federal court earlier this month, accuses Glock, Consultinvest – an entity owned by Glock – New York attorney John Renzulli, Georgia attorney James Dichert, and Virginia attorney Robert Core of violating Pombert’s civil rights, malicious arrest and prosecution, and multiple counts of civil racketeering. The Smyrna officers who allegedly helped the company create and destroy evidence were not named in the suit, but are mentioned in the complaint.

Glock, with a U.S. facility in Smyrna, Georgia, employed Pombert from 2000 to 2003 when it hired Harper’s Investigation to weed out criminal activity within its organization. The complaint says Glock Sr. called for the investigation after he survived an assassination attempt concocted by one of his top officials in 1999 during a visit to Luxembourg.

The complaint also claims that Glock Sr. gave the team full access and resources to conduct far reaching investigations and in several instances Harper’s traced illegal activity to Glock Sr., which the gun magnate casually brushed off. Support for the investigation ended in 2003 once the mastermind behind the assassination attempt, Charles Ewert, was sentenced to 20 years in a Luxembourg prison for attempted murder. He was also tied to roughly $80 million in misappropriated funds.

The alleged plot against Pombert started after Harper’s attempted to collect on unpaid bills. Glock allegedly owed $3 million to the company, but Glock accused Harper’s of trying to overcharge them.

According to the complaint, between 2009 and 2010, Glock’s attorneys drafted the indictment to incriminate Pombert and two others, former assistant U.S. attorney James Harper and Loganville businessman Jerry Chapman, who did not sign on as plaintiffs but said they do plan to file suit against Cobb County on claims that the local government carried out a “malicious and unwarranted” prosecution at the behest of Glock Inc.

This is the second accusation of civil racketeering against Glock in six months. In October, Glock Sr.’s ex-wife, Helga Glock, continued a bitter dispute since their divorce, when Glock Sr. left her after 50 years of marriage for a woman half his age. In a 330-page complaint, she details numerous transactions of what she claims is criminal activity.

Pombert is suing for an unspecified amount in damages and for Glock to reorganize its corporate structure. Glock, Consultinvest, Renzulli, Dichert and Core have until April 6 to respond to the complaint.