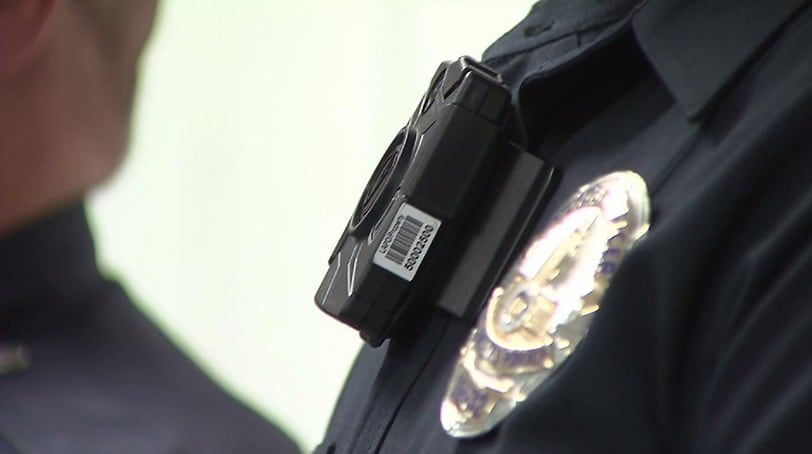 The recent string of officer-involved shootings across the country has spurred a national response demanding accountability and transparency in local law enforcement agencies.

Following the fatal police shooting of a Ferguson, Missouri, man, President Obama announced plans to spend $75 million on 50,000 body cameras for police across the country.

As lawmakers in Missouri now argue over privacy issues and other concerns raised by mandating officers wear body cameras, several major cities have completed their testing phases and are implementing the technology – some with favorable results.

Fort Worth, Texas, police have been using body cameras for about five years and on Tuesday few in the department probably questioned the practice.

A police officer in Fort Worth, Texas, was cleared of wrongdoing after video was released to a grand jury showing the moments just before a robbery suspect charged him, forcing the officer to shoot the man.

“Personally, I say thank God those officers were wearing cameras,” said Cpl. Tracey Knight of the Fort Worth Police Department. “It shows exactly what happened and the time that it happened in.”

The Dec. 2 event was revealed on three separate video feeds – one camera was mounted on the police vehicle’s dash and one body camera each was worn by Officer Eduardo Gasca and his partner. Gasca can be seen in the video backing away from the charging suspect before firing on him.

Other police agencies that purchased body cameras included those in Tracy, California, with an order of 104; Muncie, Indiana, 93; Newnan, Georgia, 73; El Mirage, Arizona, 38 and Sugar Land, Texas, which bought 31. The Pennsylvania Game Commission also placed an order for 187 body cameras.

The camera units are complemented by a cloud-based digital evidence management system accessed through the website Evidence.com. Video is automatically uploaded to the server when the camera is connected to its docking station.

But as the demand from officers for the technology increases, the cost still remains an issue. A 2012 survey conducted by law enforcement publication PoliceOne and Taser International found that of the 785 federal, state and local law enforcement professionals surveyed, more than 86 percent believed officer worn cameras reduce false claims and litigation.

And while respondents identified Taser as the leading manufacturer in the market, there are several others vying for local, state and federal contracts.

Los Angeles police tested other solutions from Coban Technologies, which offered a camera system that integrated with the dash camera system already used in the department’s patrol cars, before settling on Taser’s Axon cameras. The deal also included a deep discount on the $600-per-unit cost, comprehensive warranties on the cameras and the department’s conducted electrical weapons, commonly referred to as tasers or stun guns.

Other companies in the market include Scorpion, VIEVU, Panasonic and VIDMIC.

Since initiating a pilot body camera program in January 2014, San Diego has seen complaints against officers drop more than 40 percent and instances of officer personal body force drop almost 50 percent. Los Angeles police have also been using body cameras since early last year and plans for deploying upwards of 7,000 of the devices are in the works. After a 2012 department-wide deployment in Rialto, its police department showed a 60 percent reduction in officer use of force and an 88 percent drop in complaints against officers.

But the increase in police transparency and community goodwill comes at a price. LAPD’s body camera program will cost the department $7 million annually, according to a memo from its police chief issued last week. Chief Charlie Beck estimated that the storage for the initial batch of 860 cameras – which LAPD purchased through almost $1.6 million in donations from the Los Angeles Police Foundation – will cost the department $868,428 each year. The foundation has agreed to pick up the tab for the first two years and the department will seek general funds to cover the cost of years three through five, Beck wrote. LAPD was also awarded a $1 million grant from the National Institute of Justice to work with university academics to study the outcome of body camera use and can apply for an additional $1 million each year for two more years.

One of the biggest problems with having so much video recording is that someone has to review it. Time codes can be cross-referenced with witness accounts during altercations with police and even during trials, but should supervisors regularly monitor video for police misconduct?

LAPD is having a hard time monitoring video from its dash cameras, so what happens when you add video from several thousands of additional cameras recording entire shifts?

While some have offered making the video public as one solution, lawmakers in some 15 states are attempting to exempt body camera video from records requests or at least limit how the video is released, the Associated Press reported this month.

“It undercuts the whole purpose of the cameras,” said Michelle Richardson, public policy director of the American Civil Liberties Union of Florida. “People behave better on film, whether it’s the police or the suspect, because they realize others are going to see them. When you take away that possible consequence, you really undercut the oversight value of these.”

Though small compared to some of their counterparts in larger cities, Charlotte-Mecklenburg police make up the largest police force from Washington D.C. to Atlanta, Willis said.

“We’re going to start small, but the temperature in the country with what’s going on has led us to decide to deploy cameras to all uniformed officers,” Willis said.

“They’re so used to it in their everyday life and from their education,” Willis said. “So this is just one more tool to help them accomplish their job.”