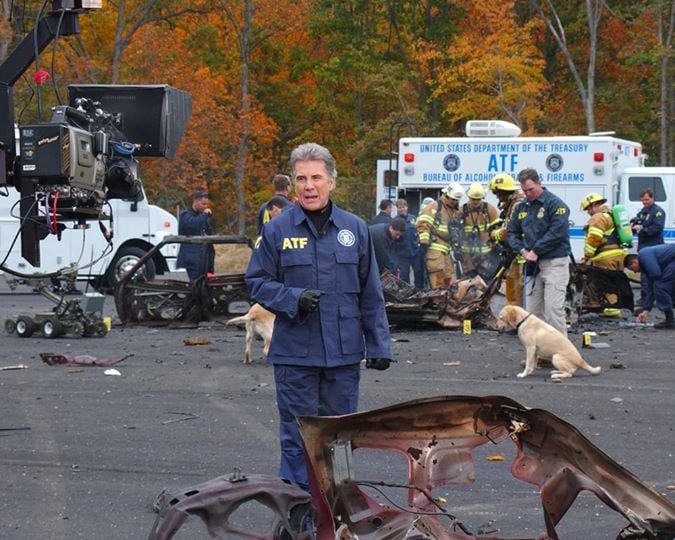 Today, the Bureau of Alcohol, Tobacco, Firearms and Explosives shared a Throwback Thursday pic, a trend the kids do on social media.

In 2004, America’s Most Wanted’s John Walsh and his crew visited ATF’s Explosives Training Center to film an episode of his hit show Americas Most Wanted. The episode featured a bombing case that the ATF was investigating at the time. After seeing himself on the show, the suspect turned himself in and confessed to his crime.

Walsh shook up the gun world in July 2014 when he told reporters about a conversation he had with Vice President Joe Biden about lawmakers failing to pass gun control laws at the federal level.

“Ninety percent of Americans are for a responsible background check for a gun, and you know what this Congress has done? Not voted on it, not brought it to the floor, not introduced a bill,’” Walsh said. “I said, ‘They’re all scared shitless of the NRA, aren’t they?’”