The father of a 15-year-old boy who fatally shot four students and wounded a fifth before turning the gun on himself in the crowded cafeteria of a Washington high school last fall was arrested Tuesday and charged with illegally possessing a firearm.

Jaylen Fryberg used his father’s Beretta PX4 Storm when he opened fire at Marysville-Pilchuck High School on Oct. 24. Although Jaylen had stolen the gun from his dad’s home, court documents show that his father, Raymond Lee Fryberg, should have never been in possession of the gun to begin with, but had somehow slipped through the system and passed a federal background check, despite the fact that he was the subject of a protective order. 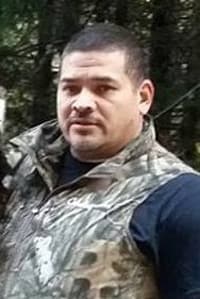 The Justice Department said the protective order against Fryberg was made permanent, with no expiration date, in 2002 after Fryberg’s former girlfriend alleged he made threats against her following a history of violence. In September 2012, Fryberg violated the protective order, which resulted in a fine and Fryberg being placed on probation for one year.

However, less than four months after Fryberg was placed on probation, he purchased a gun from a Cabela’s Sporting Goods store on the Tulalip reservation, and during the next several months bought four additional guns.

The required federal forms Fryberg completed prior to the purchases clearly stated that any individual with an active restraining order is prohibited from buying firearms, but according to the complaint, Fryberg simply lied about the protective order, and since he passed the background check, was able to successfully complete the transactions. 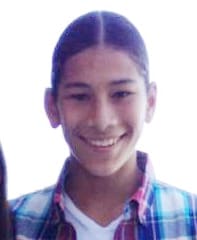 At this time, it’s unclear why Fryberg was not flagged as a prohibited person during the background check, but the case is currently under investigation by the FBI and the Tulalip Tribal Police Department.

Cabela’s released a statement confirming that they strictly comply with federal, state and local laws regulating the sale of firearms, and that records indicate those regulations were followed during Fryberg’s transactions.

The Tulalip Police Department declined to comment on the case, citing that it was not their policy to discuss active investigations.

Alan Gottlieb, chairman of the Citizens Committee for the Right to Keep and Bear Arms, pointed out what appears to be the obvious: The decade-old protective order against Fryberg never made it into the National Instant Check System, thereby rendering the background check ineffective.

“Penalizing all law-abiding gun owners because a system is flawed does not prevent crime from happening,” Gottlieb in a statement released following the DOJ announcement. “Nor does it keep the wrong people from getting their hands on guns.”

Everytown for Gun Safety, who has routinely pushed for universal background checks, disagrees.

“Background checks are only as good as the prohibiting records in the system,” Jonas Oransky, of the Everytown counsel, said in an email to Guns.com. “And it is always a terrible result when a prohibited purchaser can pass a background check because his criminal, mental health, or restraining order record is not captured by the system.”

Oransky maintains, “The background checks system works to stop dangerous people from getting guns,” citing that more than 2 million people have been denied purchases through the system since 1998. Oransky said in Washington alone, 2,151 people with active restraining orders against them were denied through the system in a 10-year span.

Furthermore, the state of Washington has received over $12.5 million from the federal government over the last 20 years to improve its record reporting system.