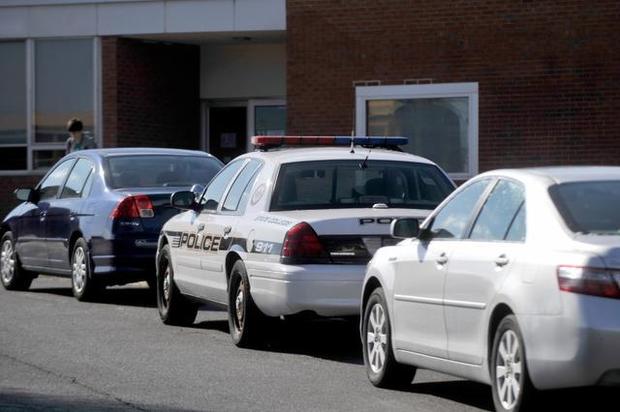 Law enforcement were quick to respond to what turned out to be an April Fools gag gone wrong at a Pennsylvania school Wednesday. (Photo: Christopher Weddle/Centre Daily Times)

When a student at the State College Area High School in central Pennsylvania sent a joking text message to her mother about a gunman on campus, it did not receive the response she expected.

“This morning, a high school student played an April Fool’s joke on her parent. Specifically, she texted her parent that a ‘shooter’ was in the high school south building,” wrote Robert J. O’Donnell, superintendent of the State College Area School District on the institution’s social media account Wednesday.

O’Donnell explained that the immediate response was a 911 call from the parent to the local police, which soon had the campus swarming with law enforcement.

“We had our in-house State College Borough police officer immediately assessing the situation first-hand with principals and the student,” advised O’Donnell. “Emergency protocols were followed. Within one minute, we had seven additional officers inside the school.”

According to the district’s website, the high school has an enrollment of approximately 2,500 in grades 9 through 12.

As noted by local media, a nearby middle school also went into lockdown when that campus’s police resource officer heard of the incident at State College.

The quick response from school officials and law enforcement was chalked up to a successful dress rehearsal for the worst-case scenario.

As for the teen, whose identity has not been released, district spokesperson Chris Rosenblum advised that her prank would have very real consequences.