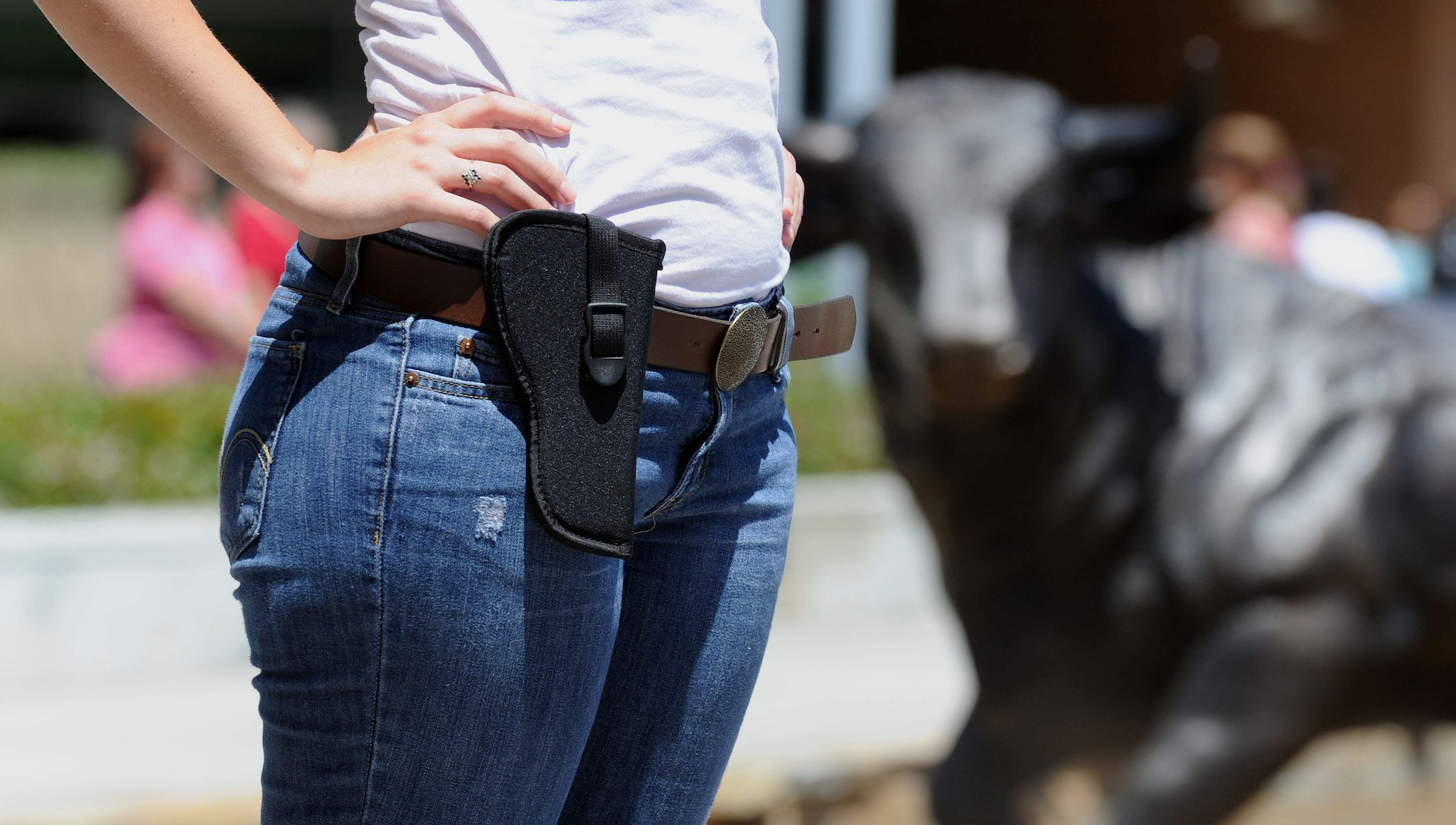 A controversial bill to allow lawful concealed carry on the state’s public colleges and universities got passing marks Thursday from the Florida House Judiciary Committee.

The legislation, a hot-button issue following a shooting at Florida State University last November, passed a 12-3 vote following much public testimony for and against.

According to legislative analysis of the measure, nearly a quarter million Floridians between the ages of 21 and 35 currently have a concealed carry permit. Adults 21 years of age and older are the only ones who will be carrying concealed firearms on campus under this bill.

Steube’s legislation, HB 4005, is a simple two-page bill that strikes the paragraph from state law disallowing conceal carry permit holders to bring their guns on campus. Currently, permit holders who are registered students, employees, or faculty members of a school may bring a stun gun or other nonlethal electric weapon on school grounds. Firearms must be locked in vehicles.

Gun control advocates, part of former New York Mayor Michael Bloomberg’s Everytown for Gun Safety and Moms Demand Action organizations, have been increasingly involved in attempts to derail the legislation in recent weeks even going so far as to buy advertising on local television and fund surveys in which 61 percent of respondents opposed requiring colleges and universities to allow concealed carry on their campuses.

“The poll shows that Floridians overwhelmingly oppose the gun lobby’s misguided push to force guns onto college campuses and allow them in K-12 schools,” said Chryl Anderson, with the Florida Chapter of Moms Demand Action in a statement. “We already know campus police, college presidents, faculty, and students stand against this legislation. This is more evidence that the legislators who support these dangerous bills are out of touch with what Floridians really want.”

Second Amendment activists argue that by forbidding lawful concealed carry on the state’s campuses, it disarms those most in need of protection. For example, in the FSU shooting last November, one of the victim’s was a concealed carry advocate who could not carry while at the school library and was defenseless against the attacker.

“The plain truth is campuses are not safe,” Marion Hammer, president of the Unified Sportsmen of Florida and past president of the National Rifle Association, told Guns.com on Thursday. “They are ‘Gun-Free-Zones’ where murderers, rapists, may commit crimes without fear of being harmed by their victims.”

Hammer points out that a personal handgun is much lighter to carry around than a law enforcement officer, saying, “Police do the best job they can but they are not there when the attack occurs. So police can’t stop the crime – only the victim has a chance to actually stop it. Denying the tools of self-defense creates more victims.”

Florida HB 4005 will now proceed to a full vote in the Republican controlled House while a companion bill, SB 176, is still progressing through committee in the Senate.