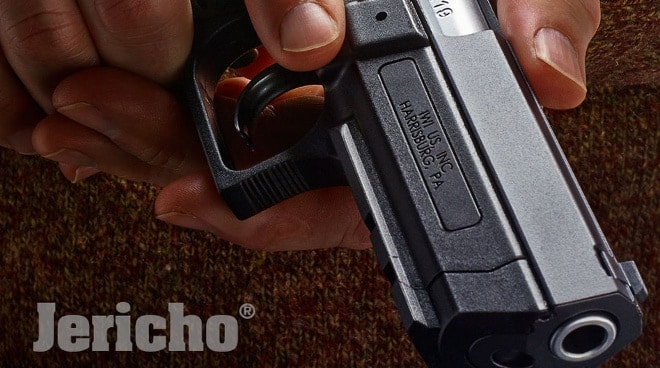 The Jericho is returning with 9 variants. (Photo: IWI-US)

IWI-US has been busy these past few weeks and months expanding its catalog with new and updated products including the Galil ACE pistols and rifles and UZI Pro and Jericho pistols. The company has been short on details, even though it has releasing bits here and there through social media. Now things are official with an updated website with all the appropriate information.

The company introduced the updated Galil ACE late last year, a heavily-modified AK derivative, redesigned for today’s users. The original Galil was adopted as a service rifle by the Israeli Defense Forces in 1972. A fundamentally reliable pattern, the Galil Ace sports a complete set of modern features like a flattop rail for optics and other accessories and a modular railed handguard. 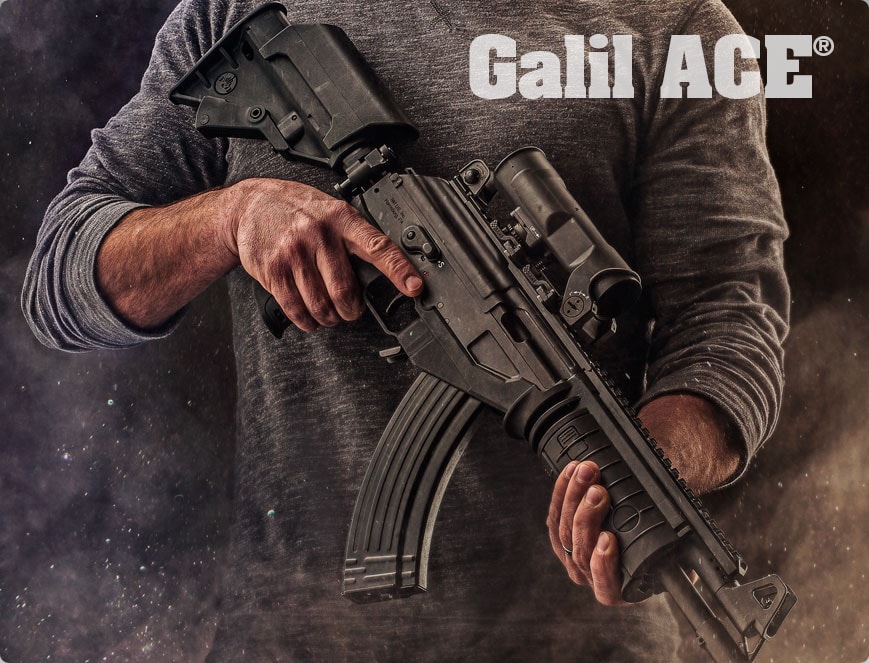 Today the Galil ACE is offered in three configurations: a rifle model GAR1639 and two pistols, the GAP39 and GAP39SB. The rifle closely matches the standard configuration with its fully-adjustable side-folding stock and 16-inch barrel. The pistols have 8.3-inch barrels and are offered with and without a side-folding arm brace.

All models come with adjustable aperture sights and have a tritium front post night sight. Chambered for 7.62x39mm they feed from standard AK-47 magazines but have all the comforts of a contemporary rifle such as an improved charging handle and thumb-operated selector lever.

Shortly after the Galil was launched IWI-US announced the impending availability of the UZI Pro. Another modernized design based on the prominent submachine-gun, the UZI pro is a semi-automatic 9mm pistol with a much more ergonomic molded polymer lower and grip. The upper has been improved with a rail for red dots and other optics with long eye relief and the charging handle moved to the side. Also, an accessory rail has been added to the front for lights or lasers and the occasional bipod.

The UZI Pro is offered in two versions, the standard pistol model and another with a side-folding pistol brace. Both ship with one 20- and one 25-round magazine and IWI-US offers 32-round mags separately. 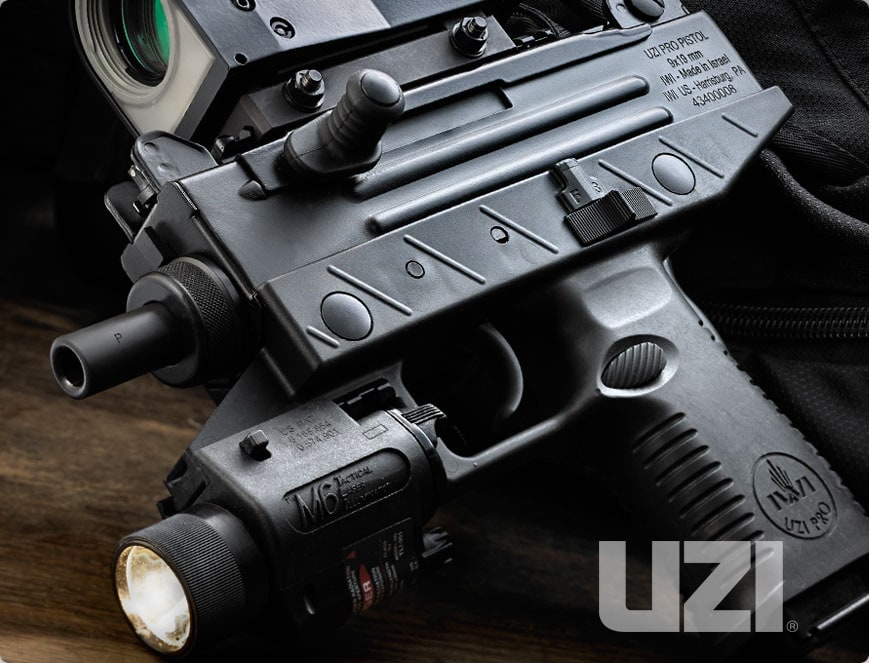 Shown here in the standard config, without the arm brace. (Photo: IWI-US)

IWI-US just recently announced the return of the Jericho to the U.S. with nine upcoming models, both old and new designs. Five are traditional handguns with steel frames and four are polymer models. The poly pistols will come in full-size and compact sizes in 9mm and .40 S&W and the steel models in 9mm, .40 and .45 ACP in full and compact sizes. The .45 ACP model will only be a compact option.

The 9mm Jericho pistols have 16+1-round capacities, where the .40-caliber guns are 12+1 and the .45 ACP models 10+1. The guns vary a bit by weight, and naturally the polymer models are the lightest. The steel guns weigh about 36 and the polymer guns 10 ounces less at around 26 ounces, making the guns more suitable for home defense and the range and the poly guns better for everyday carry.

With the updated website not only can IWI fans get concrete numbers on the guns’ technical specifications they can also see the official MSRPs. Galils start at $1,745, UZIs $1,109 and Jerichos just $559. Real-world prices should be a bit lower across the board as always.