With Peruta on hold, California sheriff pumps breaks on permits 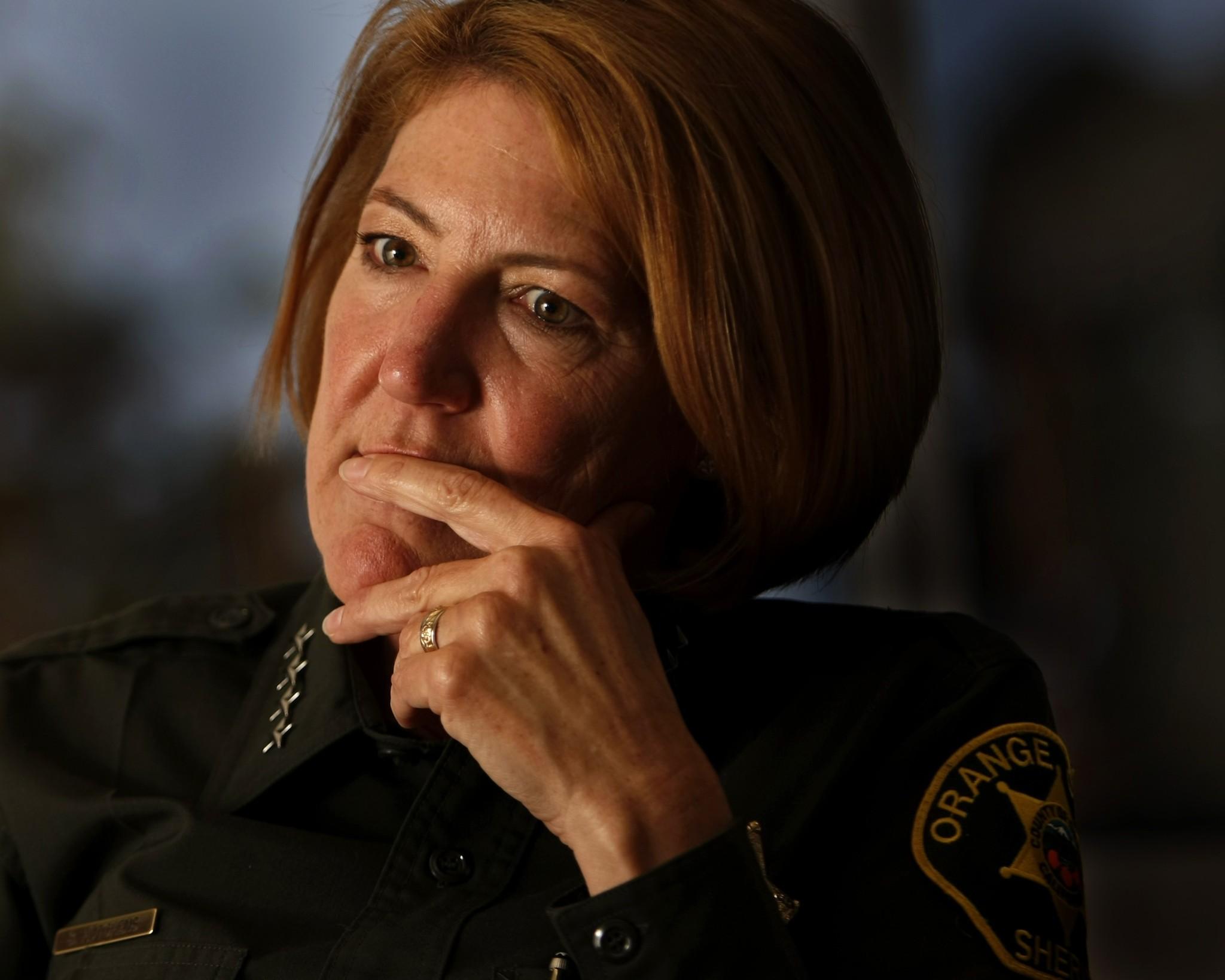 Orange County Sheriff Sandra Hutchens is switching back to the pre-Peruta “good cause” requirements, putting those who have applied for permits in limbo. (Photo: Allen J. Schaben/Los Angeles Times)

Following a federal appeals court decision to rehear a landmark case that held some sheriffs used unconstitutional polices to limit the right to carry, Orange County is going back to its old guidelines – leaving applicants in limbo.

Just a week after the court threw out San Diego County’s strict “may-issue” standard for issuing concealed carry permits in the Peruta case last February, the Orange County Sheriff decided to tentatively adopt a more lenient “shall-issue” policy for processing applications. This announcement soon opened a tidal wave of new would-be concealed carry candidates, with the department receiving a year’s worth of applications in two weeks.

The agency, which has jurisdiction over some 3 million Californians, continued accepting and processing these applications over the past 14 months despite an outcry of protest from gun control advocates. With the backlog stretching out to 2016, the county even hired additional deputies to help speed things along.

However, with last week’s vote from the U.S. 9th Circuit Court of Appeals to set aside Peruta and rehear it with an 11-judge panel this summer, the Sheriff has hit the rewind button.

“New applicants, and those applicants currently in process, will be required to articulate their safety concerns and provide supporting documentation in accordance with the Orange County Sheriff’s Department’s (OCSD) Policy 218,” notes a statement posted to the agency’s website last week, referencing the legacy policy by name. “Each application will be evaluated individually based on the merits of the applicant’s good cause statement and the totality of their circumstances.”

Although the department noted that permits issued in the past year under the more relaxed Peruta period will still be valid and will not be recalled, the nearly 7,000 applications pending will have to prove why they need a permit, as will those who have to renew.

“Current licensees may be required to provide supplemental information and documentation in support of their good cause statement when they attempt to renew their CCW license. All renewal applications are subject to the legal standards at the time of renewal,” reads the statement.

The move has gun rights advocates in the state seeing red.

“This unsurprising flip-flop by Sheriff Hutchens is exactly what we’ve come to expect from California sheriffs,” Brandon Combs, president of the Firearms Policy Coalition and executive director of the Calguns Foundation, told Guns.com Friday. “The law-abiding people of Orange County and their Second Amendment civil rights are once again getting the shaft.”

Combs contends that the move by OC’s chief law enforcement officer is purely an agenda item as under state law, sheriffs and police chiefs have wide discretion in deciding what constitutes “good cause” to enable them to carry a concealed gun in public.

“Gun owners often mistake sheriffs’ issuing carry licenses for being pro-gun rights. They’re just political animals and they’ll do whatever gets them a vote,” Combs said.

Besides the clear and present issue of her own department’s policies on concealed carry, the Sheriff is on the hook in her own lawsuit that mirrors Peruta. The proceedings brought about by California gun rights groups, McKay v. Hutchens, have been in the courts since 2012 but had been delayed due to the recent rulings from the 9th Circuit.

Nevertheless, Combs predicted that the courts would eventually catch up to Orange County’s permitting policies.

“I can’t wait for Sheriff Hutchens and sheriffs like her to be brought to justice,” he said. “They deserve to be prosecuted for blatantly violating fundamental, individual rights.”

Gun control advocates, which have for the past year lambasted the Sheriff, have likewise reversed course and stand behind her recent decision.

“We commend her for tightening things up,” Mike McLively, staff attorney with the Law Center to Prevent Gun Violence told the Orange County Register. “It shows that people in charge of administering (gun permits) should wait until the appellate case is firmly decided.”