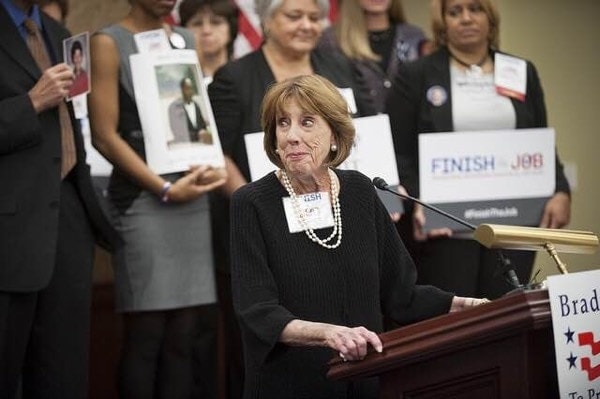 Sarah Brady, who, with her husband, is credited for the Brady Handgun Violence Prevention Act, died Friday at age 73.

Her family told reporters she died of pneumonia at a retirement community in Alexandria, Virginia.

She began advocating for gun control after he husband, the late James Brady, former White House press secretary for President Reagan, was shot in the head during an assassination attempt of Reagan in 1981.

Sarah Brady and her husband spent the rest of their lives advocating for gun control.

The Brady’s helped launched Handgun Control, Inc., which would later be renamed to the Brady Campaign to Prevent Gun Violence.

“Sarah fought relentlessly for years to pass the Brady Handgun Violence Prevention Act, which has prevented more than 2.4 million sales of firearms to criminals and other dangerous people and saved countless lives,” said Dan Gross, president of the Brady Campaign.