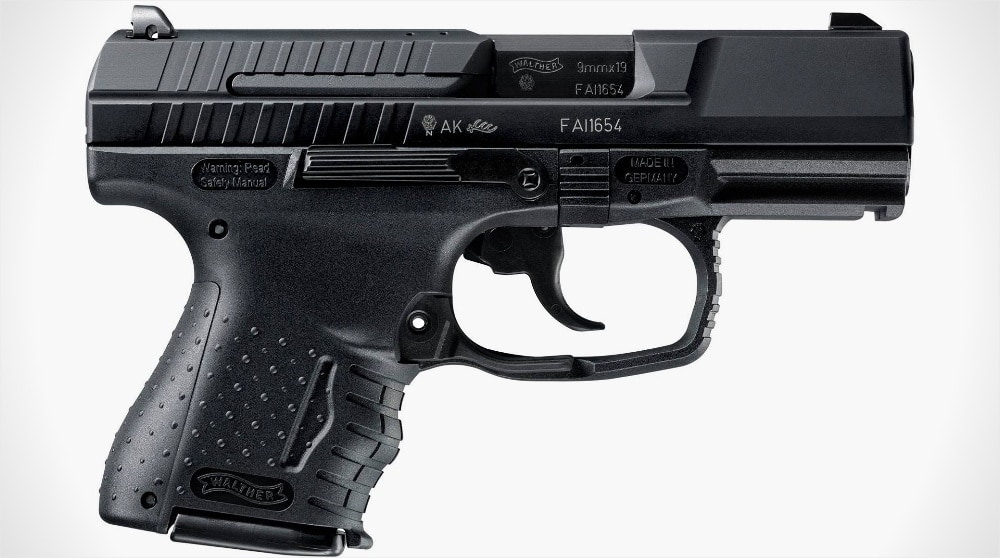 The magazine and slide releases are ambidextrous for left- and right-handed shooters. (Photo: Walther)

Walther Arms has just imported a short run of P99C AS pistols in 9mm Luger and .40 S&W. These compact pistols for concealed-carry can be hard to find but should be a little easier to track down for now.

The P99C is the compact version of the P99 service pistol. It’s a little shorter and lighter in 9mm and .40 and much easier to conceal. It’s a great option for people who already own a P99 for home protection or the range because it shares the same controls and trigger pull.

It’s one of Walther’s first polymer service pistols and like many popular guns today is striker-fired but uses Walther’s unique anti-stress trigger that replicates the feel and safety of a double-action/single-action hammer-fired pistol. To return the gun to double-action mode the slide is equipped with a flush decocker button. 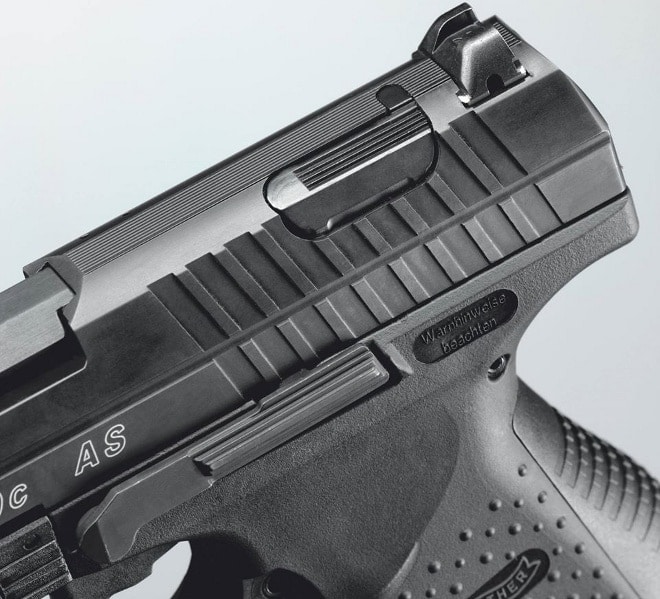 The decocker is on the right side but can easily be manipulated by either hand. (Photo: Walther)

All the controls of the current-generation P99C are ambidextrous making it great for lefties and shooting off-hand. The P99C uses a European-style paddle magazine release which is also ambidextrous. Additionally the P99C has a cocked striker indicator and the extractor acts as a loaded chamber indicator.

Like the standard-size pistol the P99C has an ergonomic grip with mild fingergrooves and a broadly-checkered frontstrap making it a nice shooter despite its small size. Even with its two-finger grip the generous beavertail makes it easy to aim and control.

Both models have recommended retail prices of $629 with most dealers listing them around $550 putting them in the middle of the pack as far as price is concerned for concealed-carry pistols. They have a decently-sized aftermarket and holsters and accessories like night sights are easy to find.

With it’s above-average 3.5-inch barrel the P99C will deliver more energy at the muzzle than your average subcompact making it a decent contender for a gun for all purposes including home defense. It will accept full-size magazines with a grip spacer for a 15+1 capacity in 9mm and 12+1 in .40. It can also be equipped with a short weaponlight or laser sight thanks to its standard accessory rail.

If you have a standard-size P99 and have been thinking about getting the compact model now’s your chance. And if you’re interested in one gun that’s concealable and adequate for other jobs than the P99C might be just the gun you’re looking for. These guns can be tricky to find at times so now’s your chance.