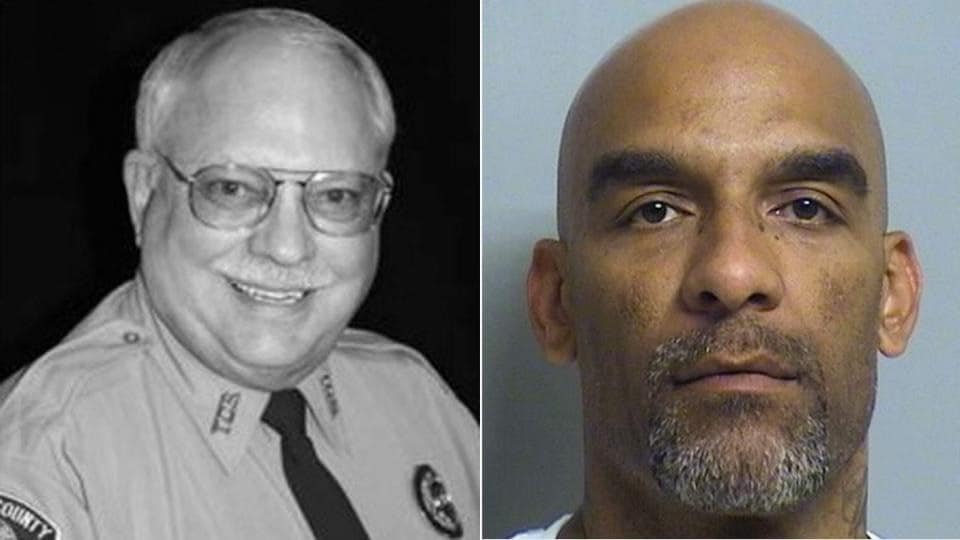 A man was shot and killed during a pursuit following an illegal gun sale to undercover cops in Tulsa Thursday, but authorities said the officer was attempting to use less lethal force when he accidentally grabbed his gun instead of his taser.

Eric Harris, 44, had been part of an active investigation by the Tulsa County Sheriff’s Office pertaining to the distribution of a form of methamphetamine known as ICE. Undercover officers purchased meth from Harris last month, at such time he informed the officers that he had access to guns and ammunition, if they were interested in buying them. But Harris, who is a convicted felon, was not legally allowed to possess a firearm.

Officers then met with Harris around 10 a.m. Thursday in the parking lot of a Dollar General store to purchase a 9mm semi-automatic pistol and three-hundred rounds of ammunition. After the transaction, authorities moved in to make an arrest, and at that time, Harris fled on foot.

During what the sheriff’s office called a “rapidly evolving altercation” and in an effort to subdue Harris, Bates grabbed what he thought was a taser from his tactical carrier and fired. But what Bates had actually grabbed was his service pistol, according to a report from a local ABC affiliate.

Harris was struck a single time and immediately rushed to the hospital where he was pronounced dead a short time later. The initial investigation indicated that Harris was likely under the influence of PCP. An autopsy is scheduled to be conducted.

Authorities did not immediately say whether they found a gun or other weapon on Harris.

At the advice of his lawyer, Bates has not commented on the incident, according to Tulsa World, but authorities said Bates had specialized training in homicide investigation, as well as meth lab identification and decontamination, among other specialized training. Bates has been a reserve deputy since 2008, following a stint as a full-time police officer.

Records indicate that Harris had at least six felonies and one misdemeanor cases against him within a 10-year period, and was also convicted of escaping from a penal institution in 1990.

The incident continues to be under investigation and Bates has been placed on administrative leave while the investigation is underway.