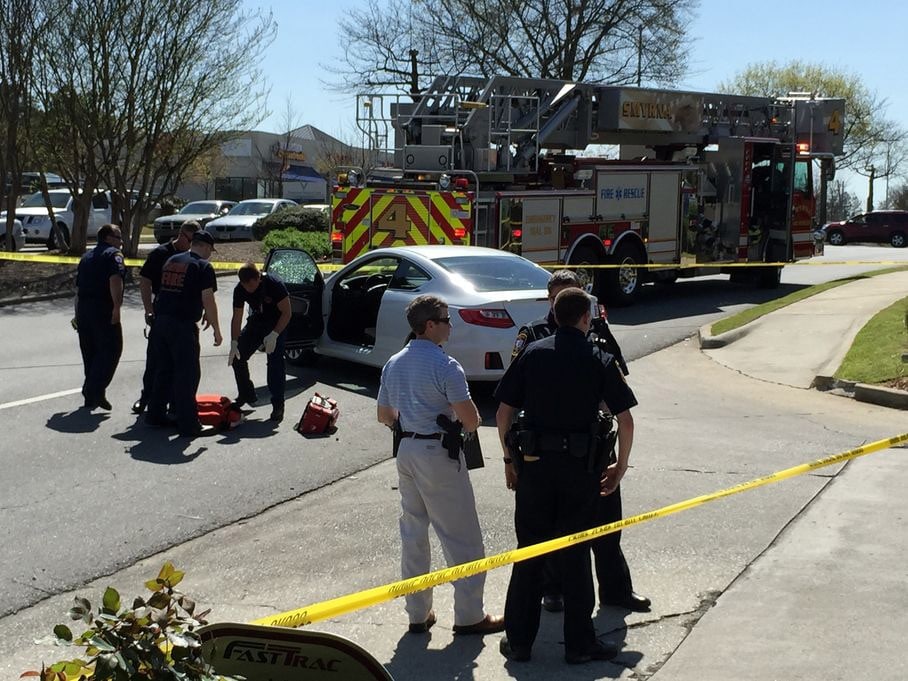 The suspect barely made it out of the parking lot before he was stopped by the armed citizen. (Photo: WSB-TV)

A dramatic scene unfolded at a busy Smyrna, Georgia, car wash Friday afternoon when a man attempting to steal a car was shot by an armed citizen.

Surveillance video captured four men in a maroon minivan scoping out the car wash before one of the men got into a white Honda and started to drive away. But the Honda’s owner, in an apparent attempt to stop the man, jumped on the hood of the car.

The suspect continued to drive away while the woman clung to the car, and that’s when the good Samaritan stepped in, likely saving her life, reports from local media indicated. Witnesses said the suspect continually increased his speed and many felt that the woman was going to get thrown from the hood before she released her grip, but it didn’t get that far.

The good Samaritan drew his concealed handgun and fired a single shot at the suspect, striking him once in the shoulder.

“Then I saw him (the suspect) fall out of the car and he was shaking, just holding his chest,” Chris Roberts, who works at the car wash, told reporters.

The good Samaritan held the suspect at gunpoint until police arrived a few minutes later, at such time he was transported to a local hospital for treatment of the non-life threatening wound.

Although the car wash was full of customers when the incident took place, no other injuries were reported.

Authorities confirmed that the armed citizen, whose name has not been released, is a city employee who was vacuuming his car when the attempted carjacking occurred.

Smyrna Police Officer C.D. Graeff said the suspect is a juvenile and will face charges for felony aggravated assault and misdemeanor theft by taking of a motor vehicle.

Authorities are still searching for the remaining three suspects, who fled in the van.