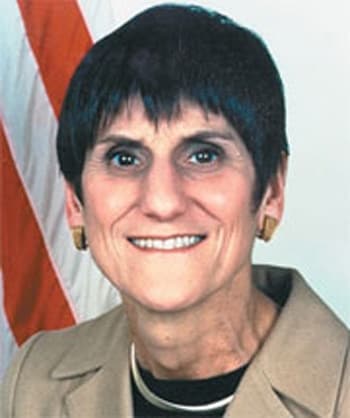 In addition to more gun laws, Rosa DeLauro also supports improvement in the health care system to ensure the mentally ill get the help they need.

Coinciding with the start of National Public Health Week, Connecticut Congresswoman Rosa DeLauro reintroduced legislation Monday aimed at getting “more assault weapons off of the streets” and protecting children.

The SAFER (Support Assault Firearm Elimination and Reduction) Streets Act will offer a monetary incentive – a $2,000 tax credit – for gun owners to hand over their “high powered assault rifles” to local law enforcement.

DeLauro, who is a long-time supporter of legislation to reduce gun violence, originally introduced the bill the month after the Sandy Hook tragedy, but it failed to gain momentum. DeLauro cited the proposed bill as a “common-sense, constructive step to help ensure such a tragedy will never happen again.”

DeLauro maintains that assault weapons are not used for either hunting or self-defense.

“There is no reason on Earth, other than to kill as many people as possible in as short a time as possible, that anyone needs a gun designed for a battlefield,” DeLauro said in a statement. “These weapons were used in Newtown, Aurora and countless other mass shootings across America. And they have been disproportionately used to kill law enforcement officers in the line of duty.”

DeLauro believes there is no place on the streets or in our homes for these firearms.

By offering owners of assault weapons the refundable tax credit, which will be dispersed at $1,000 for two consecutive years, DeLauro hopes to reduce the number of weapons available, and unlike local gun buybacks, which often have a no questions asked policy in exchange for gift cards or other incentives, those hoping to cash in on the tax credit must be the legal owner of the weapon they are turning over.

According to the bill, a number of different firearms fall under the definition of what constitutes an assault weapon, both semi-automatic and full-auto alike, and range from the AK-47 to the Uzi and the antique Thompson 1927 to the infamous AR-15. DeLauro also supports a complete ban on “high capacity ammunition feeding devices” and is in favor of closing the gun show loophole to ensure all gun purchases require a background check.