Faithful dog lies down with companions as they're arrested 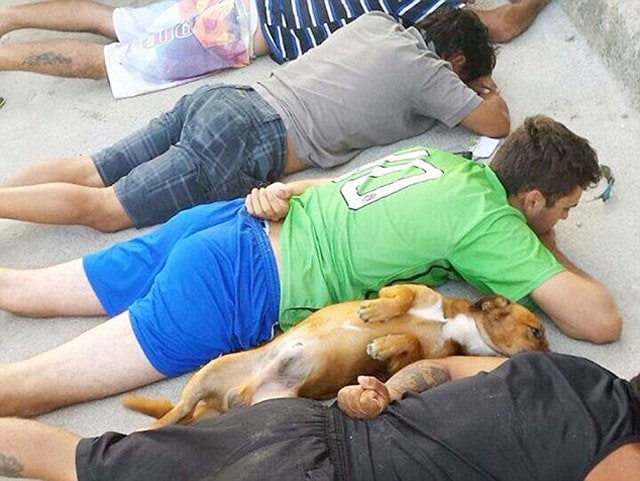 A drug raid in the Brazilian state of Santa Catarina turned up some drugs, guns and one faithful dog. The photo, which has since gone viral in Brazil, shows the suspects – and apparently their companion as well – surrendering to authorities during the raid.

“The dog lying on its back exposing its belly is a classic sign of submission in the dog world,” said Brazilian animal psychiatrist and dog trainer Barnie Rico, adding that the dog is clearly very clever.

According to police spokesman Filioppo Valdez the group had been under observation for some time, and during the raid, authorities discovered a “substantial quantity of marijuana and cocaine, as well as weighing scales, guns and ammunition.”

And as for their furry friend, Valdez said he originally started barking when authorities arrived on the scene, but once the owners complied with commands and lied down, the dog followed suit.