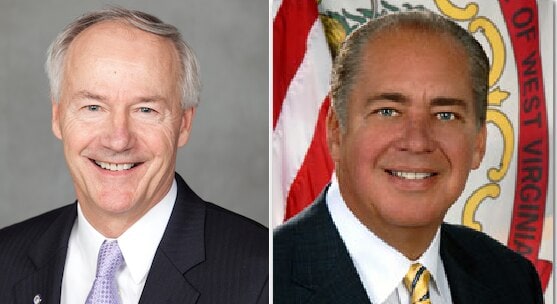 As required by the Bureau of Alcohol, Tobacco, Firearms and Explosives, in order to legally own Title II firearms such as suppressors, full-auto weapons, and short-barreled rifles and shotguns, a local chief law enforcement officer must sign an individual’s application before completing the transfer.

In both Arkansas and West Virginia, the CLEO could technically approve or deny for arbitrary reasons, as it’s up to his or her own discretion.

The two shall-sign or shall certify bills passed into law this week will mandate that these chiefs and sheriffs sign off on the forms within a designated time as long as the individual applicant can legally possess the item.

Both proposals met with wide adoption from state lawmakers. Incredibly, neither received a single opposing vote and sailed through their committees and floor roll calls with unanimous bipartisan support.

The Arkansas bill, HB 1488, sponsored by Republican Rep. Tim Lemons, went from filing to the governor in just 26 days. It mandates that CLEOs must sign off on submitted NFA paperwork within 15 days, using the National Instant Criminal Background Check System, or NICS, to process background checks.

The West Virginia measure, SB 284, made its trip through the legislature in 54 days under the sponsorship of Sen. David Nohe, R-3rd District. It gives law enforcement chiefs in the state 30 days to approve or deny paperwork.

NFA industry representatives were pleased with the new laws.

“Once this goes into effect, 20 percent of the United States will have shall sign laws on the books,” Knox Williams, president of the American Suppressor Association told Guns.com of the West Virginia bill.

“Gov. Tomblin’s signature, along with the unanimous support from the legislature, provides a major enhancement to the liberties of all law abiding West Virginians. And by taking the lead on this issue, West Virginia sets an example that legislators in other states should follow to advance the liberties of suppressor owners across the country,” Williams said.

A number of states are streamlining the CLEO requirement by requiring these law enforcement officers to process applications through shall certify legislation. Last year, at least four states passed bills similar to those approved this week to help modernize the long-held practice. So far this year, North Dakota has already seen its Senate pass shall sign mandates by a unanimous vote.

Both the Arkansas and West Virginia measures are set to take effect within 90 days.