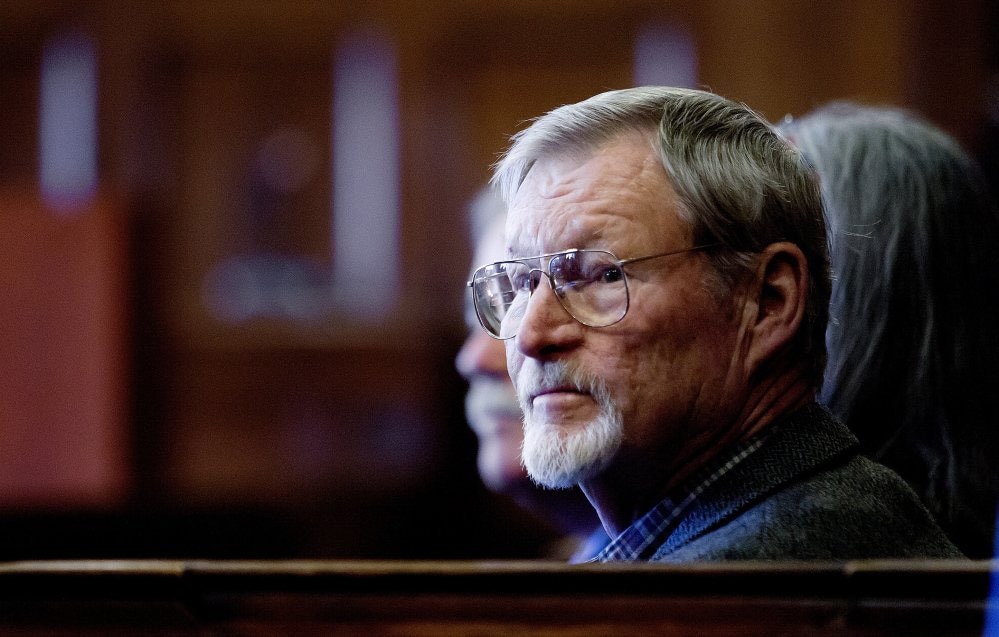 Mike Kimball said he shot Leon Kelley after the altercation turned physical, but prosecutors said he should have ran away or waited for the police. (Photo: Portland Press Herald)

The trial began this week for a 72-year-old lobster trapper in Maine who shot and killed a man during a dispute over a North Yarmouth bee farm in 2013.

Merrill “Mike” Kimball is accused of murdering 63-year-old Leon Kelley, but Kimball maintains that he is innocent and acted in self-defense only after Kelley pushed the altercation to a physical level, the Portland Press Herald reported.

Kelley’s father-in-law, 95-year-old Stan Brown, is a well-known beekeeper in the area and owner of the successful Brown’s Bee Farm. Kimball’s wife, Karen, managed the farm for Brown, but tensions mounted between the Kelley and Kimball families when Brown added Karen to his will, leaving her the bee farm and four of the 10 surrounding acres. However, Brown’s daughter, Kathy, still has the power of attorney for Brown.

The dispute escalated on Oct. 6, 2013 when Mike, Karen and her son, Damon Carroll, went to the bee farm to help the elderly owner with about two dozen 50-pound jars of honey. But Leon and Kathy, who were concerned that the Kimball family was taking advantage of Kathy’s elderly father, were at the property across the street from the farm that day and became irritated when they realized the trio was there. Prosecutors argued that the Kimball family was there to take honey that belonged to Brown, not them, according to a report by local media.

Kathy called the police, while Leon and other family members drove to the property to confront Mike, whom he had never met before that day.

The confrontation quickly escalated and the 911 recording captured the three gunshots which struck Leon in his torso, producing injuries from which he later died.

When authorities arrived, Mike said, “What was I supposed to do? He came at me. I’m 70 years old,” according to testimony, but prosecutors argued he should have simply waited for police to arrive and handle the situation.

“This was not a kill or be killed situation. The defendant could have walked away or run away and done so in multiple directions,” said Assistant Attorney General Matthew Crockett.

The defense said Mike, who was not arrested immediately after the incident, reacted when he felt threatened, after being shoved by Leon, a younger, larger and stronger man.

“The entire Kimball family that were there were being assaulted simultaneously at that point,” said Kimball’s attorney, Daniel Lilley, who also pointed out that Kimball is 5 foot 11 inches tall and weighs 170 pounds, while Leon Kelley stood at 6 feet 4 inches tall and weighed 285 pounds.

Kimball rejected a plea offer and pleaded not guilty. If convicted of murder, Kimball could receive a sentence of 25 years to life, but if found guilty of manslaughter, will face the possibility of 30 years in prison.