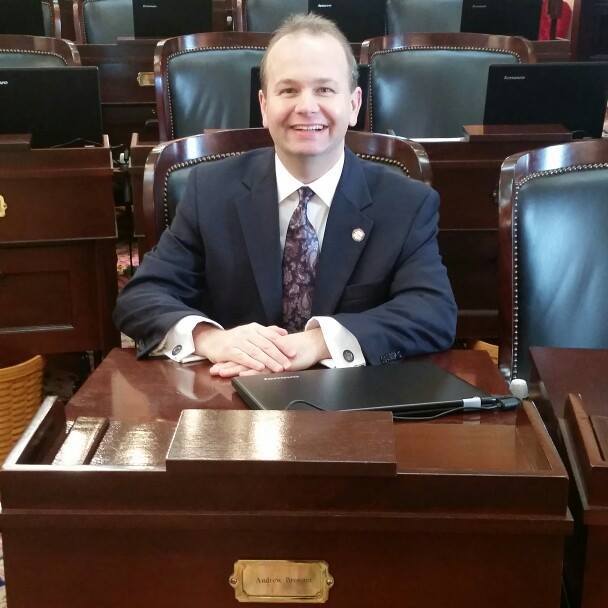 Rep. Andrew Brenner, R-Powell, is one of a score of lawmakers who have signed on to legislation introduced this week to bring constitutional carry to Ohio. (Photo: Facebook)

Lawmakers introduced a measure Tuesday that could add Ohio to the growing list of states that allow for unlicensed concealed carry by residents legally able to possess handguns.

The practise, known as constitutional carry, has already been adopted in no less than six states. Supporters in Ohio liken it to open carry, which the state already allows.

“Any law-abiding citizen should be able to carry a gun, concealed or not,” one of the bill’s 20 co-sponsors, Rep. Andrew Brenner, R-Powell, told the Columbus Dispatch. “Whether they’re carrying it underneath a jacket or openly displaying a sidearm should make no difference.”

The bill in question, HB 147, is a comprehensive overhaul of Ohio’s concealed carry laws. Not only would it decriminalize the carry of a concealed handgun by anyone who is allowed by state and federal laws to possess one, it would also allow for long arms such as rifles and shotguns to be concealed.

Further, whereas permit holders in Ohio have to first complete an eight-hour training course by a state certified instructor, the proposal does not have such a requirement. Finally, law enforcement would be held to a higher level of scrutiny when dealing with those found to be armed.

Gun control advocates are coming out in opposition to the legislation, contending it would lead to a public safety crisis.

“If this bill becomes law, it would be legal for stalkers, violent criminals and people who have never handled a gun before to carry hidden loaded handguns on our streets,” said Michele Mueller, with the Ohio chapter of Moms Demand Action calling upon lawmakers to reject it in coming days.

Second Amendment groups in the state fear that the likelihood of the bill making it to law may not be very strong despite a Republican majority in both chambers of the Ohio General Assembly and Republican John Kasich in the governor’s mansion.

“I think it would be great to see this become law in Ohio,” said Joe Eaton with the Buckeye Firearms Association. “But, unfortunately in the past, the Ohio legislature has not even been willing to allow a licensed person simple rights.”

Constitutional carry legislation has seen a modicum of success this session in the country with bills passing through the legislatures of West Virginia, Montana and Kansas. However, the first two met with vetoes from Democratic governors while Republican Sam Brownback signed the Kansas measure last week, making that state the sixth in the nation to adopt the practice. A similar proposal in Idaho is currently under review by Gov. Butch Otter (R).