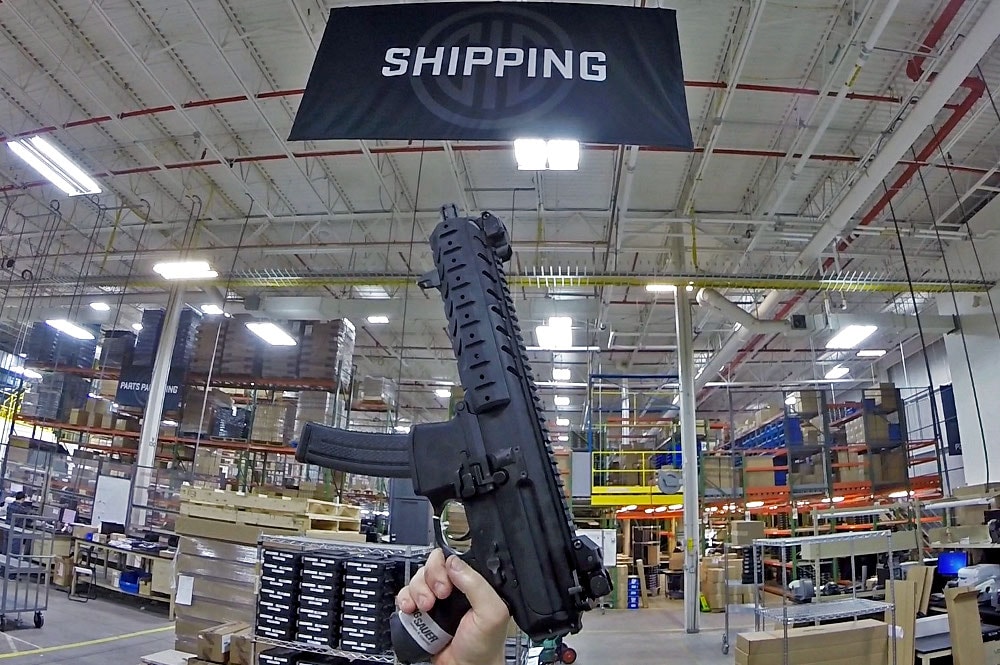 The MPX-P and two other 9mm models are now shipping. (Photo: SIG) 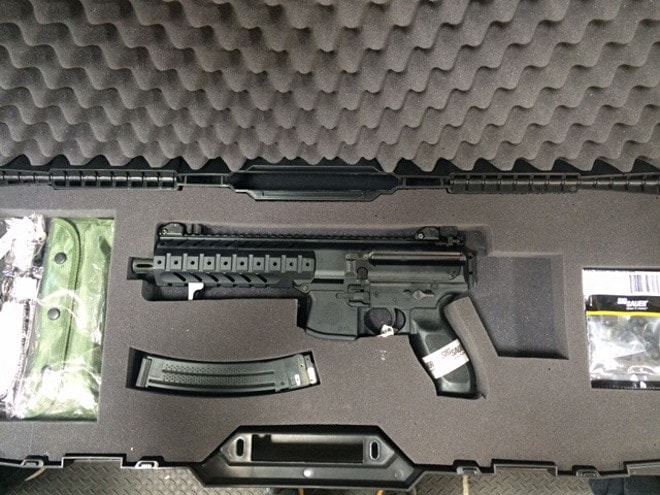 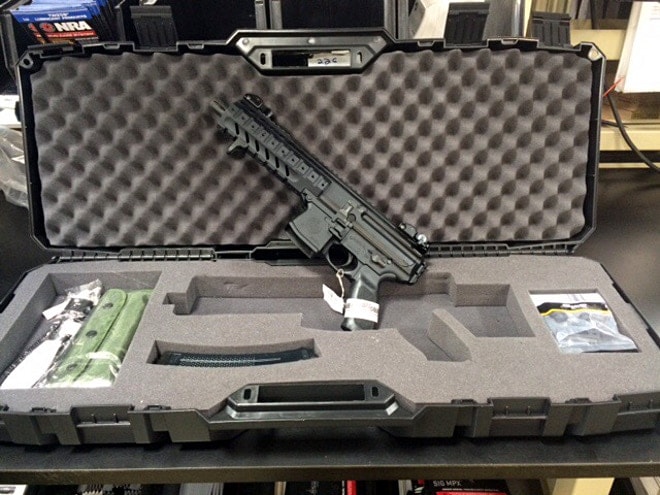 The pistol ships with a pretty solid kit. (Photo: SSD)

SIG is officially announcing that their MPX is now shipping to distributors. They will be available for purchase shortly. The first wave of MPX guns are all chambered for 9mm Luger although they may be converted to fire other cartridges down the road.

The company is making the official announcement after a few outlets shared photos of MPX firearms spotted in the wild, including Soldier Systems Daily.

SIG is shipping three MPX variants all based on the compact semi-automatic frame, the pistol MPX-P, the MPX-P-PSB pistol featuring a side-folding stabilizing brace and the standard MPX SBR, an NFA-regulated short barreled rifle. For product details and specifications check out the SIG Evolution website.

Along with the announcement SIG is publishing the official MSRPs. The base SIG MPX-P is listed at $1,576, the SIG MPX-P-PSB at $1,862 and the  SIG MPX SBR at $2,062. While guns often retail for less than suggested prices, we don’t expect that to be the case with the MPX for a while until demand drops off.

People have been champing at the bit with excitement over the flashy, modern, and modular MPX, and if anything, these first guns may actually sell at prices over MSRP until some of the buzz wears off, which will take some time. We’ll have more on this excellent news shortly.