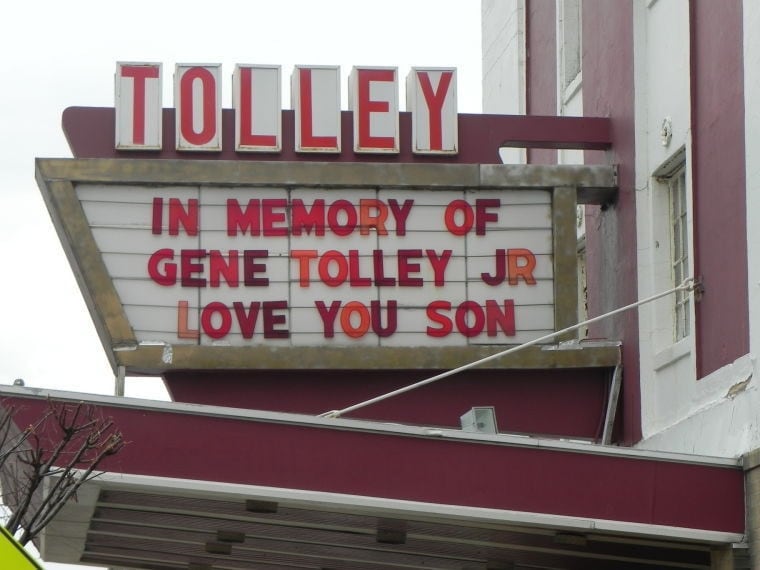 A tribute to Eugene Tolley is displayed on a sign outside a restaurant equipment and catering business owned by Tolley’s father. (Photo: The Star Democrat)

A woman who fatally shot her husband during a domestic dispute early Sunday morning in Rhodesdale, Maryland, has not yet been brought up on charges and authorities are silent on whether she ever will.

According to reports from The Star Democrat, the couple became involved in an altercation inside their garage when the incident turned physical. Authorities said it appeared that Eugene Tolley, 49, assaulted his wife, Nancy, causing her head trauma and other injuries.

When Eugene refused to back down, Nancy retrieved a gun from inside the home and when Eugene continued to threaten her and made his way towards her again, she opened fire, striking him at least once.

Nancy then placed a call to 911 just before 3 a.m. to inform authorities of what had occurred. When police arrived on the scene, they found Eugene lying on the driveway, and when medical personnel arrived, he was pronounced dead.

Officers found a handgun next to Eugene, although they did not confirm whether it was the weapon used by Nancy or a second firearm possessed by her husband.

Nancy was transported to the hospital to receive medical treatment for the injuries she sustained during the assault.

The investigation is ongoing, and no charges have been filed against her at this time. However, according to a report by a local ABC affiliate, the case will be presented to the grand jury for consideration of charges.

Authorities said the couple had a history of domestic violence and Eugene had prior related charges. He was convicted of second-degree assault in 2008 following an incident with a previous wife, in which he allegedly broke her hand on the steering wheel of a car and held a knife to her throat.

He was sentenced to nine and a half years in prison for that incident, but all except 28 days of the sentence was suspended and he served five years probation instead. Eugene was later acquitted for charges of first-degree assault, reckless endangerment and false imprisonment.