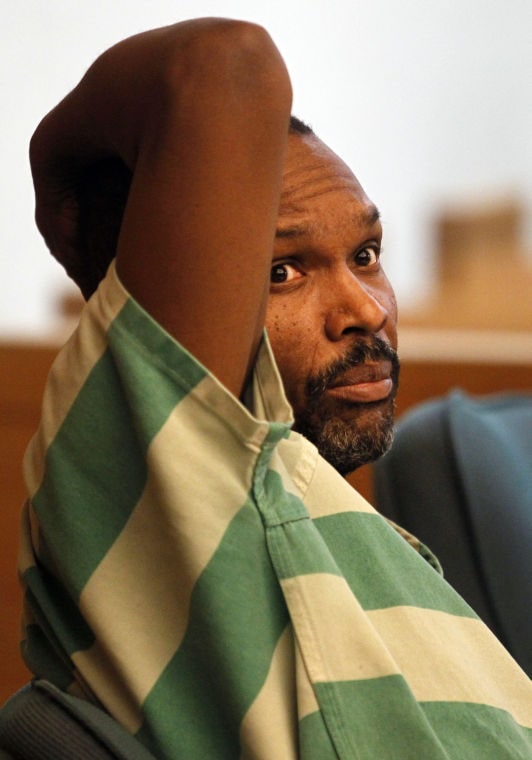 Owaiian Jones, a former lawyer who was disbarred in 2008 and convicted of embezzlement in 2010, represented himself in a Roanoke shoplifting case. (Photo: The Roanoke Times)

A complaint scribbled on looseleaf paper by a Virginia inmate has been tossed out by a federal judge last week.

Prisoner Owaiian Jones filed the suit in a Virginia federal court in January alleging he had been wronged by the system. He says as an American citizen, the state violated his civil rights by submitted misleading statements to incarcerate him. He says he is now treated like a common thief without any constitutional guarantees.

Jones was a former Stafford County lawyer who was disbarred in 2008 and convicted of embezzlement in 2010. He represented himself in a Roanoke shoplifting case in 2014.

It’s unclear why the President of South Africa, the National Rifle Association, Oliver North, President George Bush, John and Jane Doe and really any of the other dozens of groups were named as defendants.

U.S. District Judge Bruce Lee issued an order — the only one filed after the initial complaint — on March 30 dismissing the action without prejudice since Owaiian has been detained more than three times during his incarcerating and he failed to pay the filing fee.

Lee continues, saying Owaiian has filed at least 50 cases in the past several months, but has never applied the process nor has he paid the required fee.

He also says Owaiian can apply for an appeal without explanation within 30 days of the order and does not need to explain the grounds for the appeal, but he needs to pay the required fees: $350 filing fee and a $50 administrative fee.

However, in the initial complaint, Owaiian explains that he is indigent and without funds.