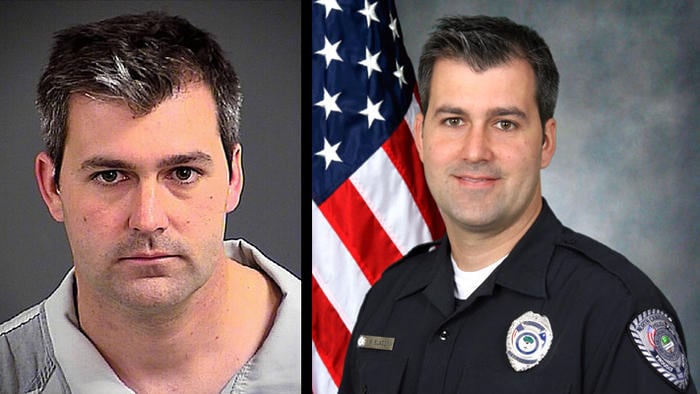 The North Charleston police officer who shot and killed a man running away from him after a traffic stop last week had the fundraising efforts for his defense temporarily curtailed.

“After review by our team, the campaign set up for Officer Slager was removed from GoFundMe due to a violation of our Terms and Conditions,” Kelsea Little, GoFundMe’s public relations manager, told ThinkProgress via email.

Representatives of the fundraising site would not disclose the specific breeches of terms, ThinkProgress reported.

Slager’s campaign was since moved to another crowd-funding site, IndieGoGo, whose representatives told ThinkProgress it does not judge the content of campaigns as long as they don’t violate the site’s terms of use.

A chilling video acts as one account of the incident that occurred Saturday when Slager gunned down Walter Scott, 50, who fled from the officer after reportedly being shot with a stun gun and then attempting to grab the device. The investigation into the shooting was turned over to the South Carolina Law Enforcement Division, who is also reportedly reviewing dash cam footage from Slager’s patrol car.

Slager was fired from the North Charleston Police Department following the incident and faces a murder charge. The former police officer contends he followed procedures and maintains his innocence.

South Carolina’s grand jury won’t meet again until May, according to a statement issued Wednesday by the 9th Circuit Solicitor’s Office, but it’s unclear if Slager will face the jury at that time.