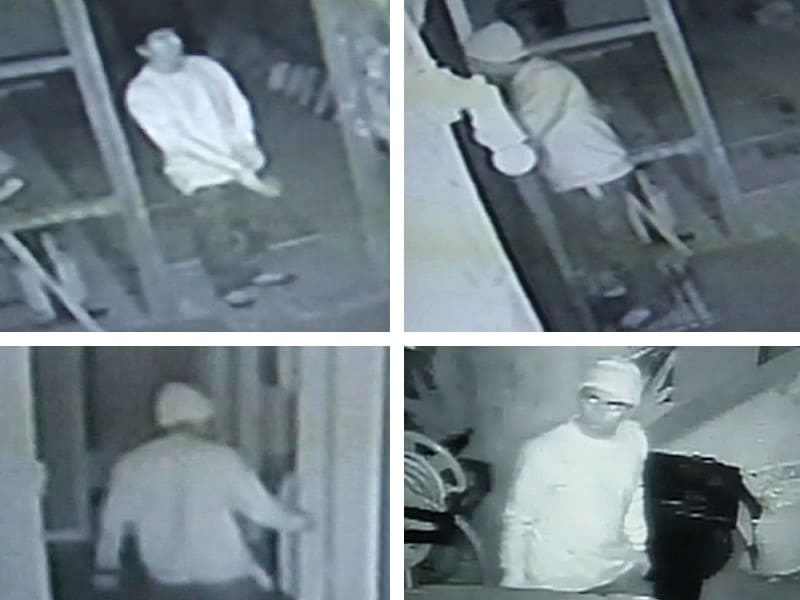 Heidi Quezada hopes someone will recognize the suspect before he breaks into another house. (Photo: ABC)

A woman in San Jose thought that an elaborate security system was enough to keep her safe in her own home, but when that system failed to keep a burglar from breaking into her house early Tuesday morning, it left her rethinking safety – and owning a new gun.

Heidi Quezada was awakened just before 2 a.m. by unfamiliar noises, and when she looked at the home security app on her phone, she realized there was a man standing outside her bedroom window, trying to get into her home. The video showed that the man walked around the outside of the house for about 10 minutes before he found a way to get inside.

Quezada told a local NBC affiliate that watching the man trying to get into her house “was like the horror movie nobody wants to watch.” But while Quezada was watching the man from her phone, she had to use that phone to call 911, so that connection to the outside was lost.

The 911 dispatcher told Quezada to lock her bedroom door and hide in the closet until police arrived. By that time, the man had broken a lock off of a sliding glass door and was inside the house.

The police were on their way, but the woman spent the next 13 minutes hiding in her closet, listening to the man go from room to room, ransacking her house.

When the suspect came to the bedroom door, Quezada started screaming. The startled suspect can be seen on the video recordings jump back from the door and run out of the house. Outside cameras caught him grabbing a skateboard and taking off down the road.

“I was screaming and hitting the door from the inside, telling him, ‘The police are coming. They’re going to shoot you,’” Quezada recalled.

The suspect left empty-handed, but the incident left Quezada more than uneasy and neighbors shocked at the brazen crime.

Quezada’s home, like many others in the neighborhood, is well-equipped with 16 video cameras, motion sensor lights, and a burglar alarm. She said she always keeps her windows and doors locked too, but none of those precautions kept the burglar away.

“All this time I thought I was safe because I locked my doors, I set my alarm, have my cameras. But it was like sleeping with the doors wide open,” she told reporters following the break-in.

She said all of those things did nothing but give her a false sense of security.

Quezada has since replaced the locks, but she also bought a gun.

“I will never be sitting in my closet, hoping somebody doesn’t come in my room. That’s a scary feeling,” she said. “And had I had a gun, I would have shot through the door.”