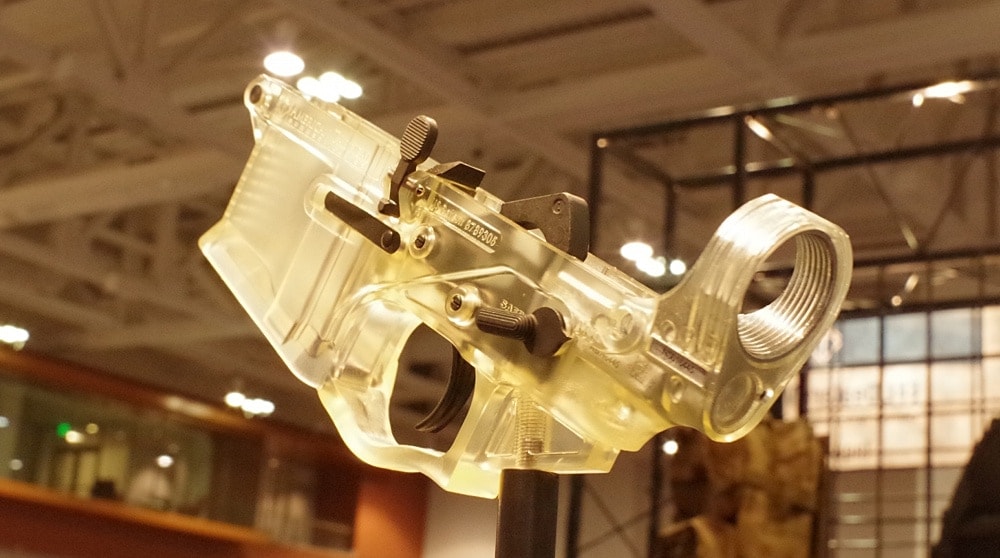 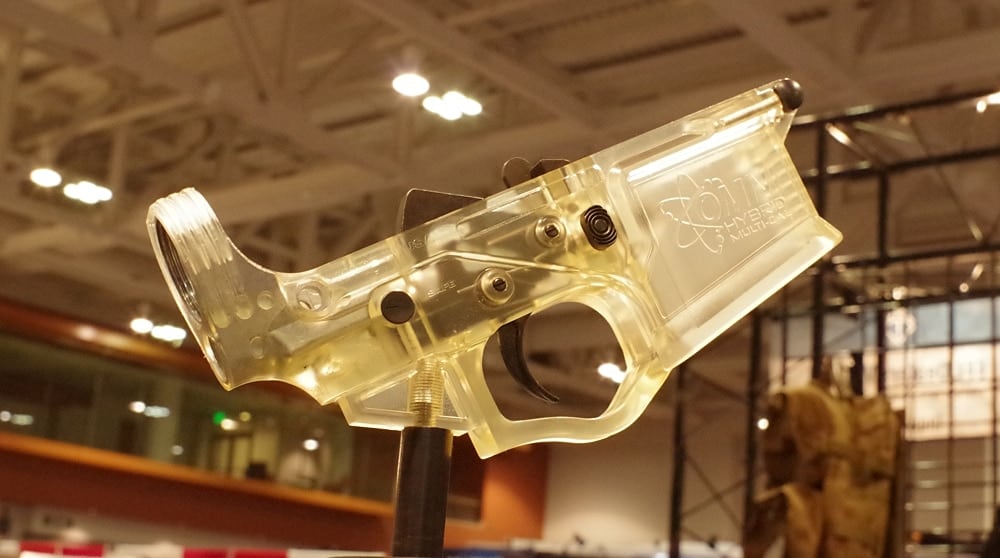 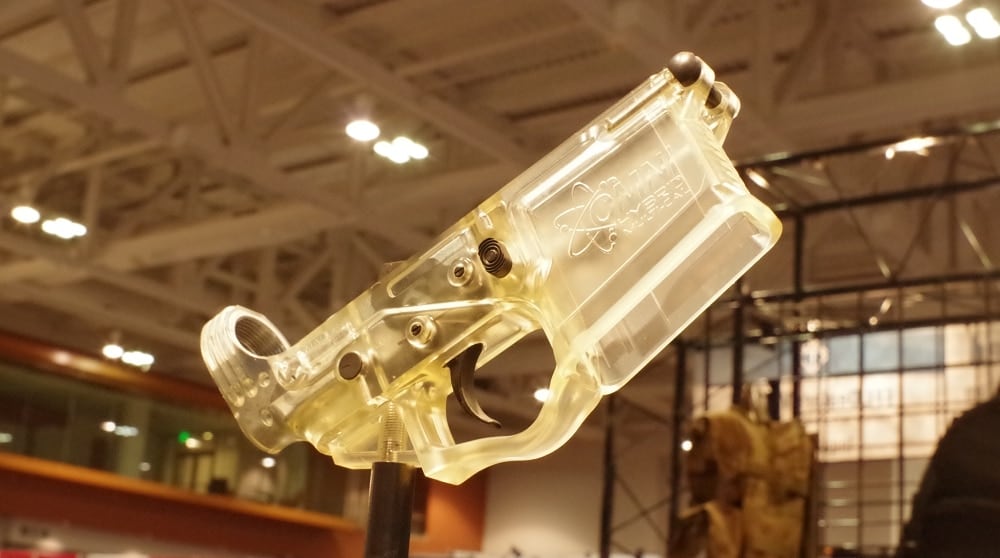 An be offered as complete rifles. (Photo: Max Slowik)

American Tactical Imports, or simply ATI, has been in the polymer AR-15 business for a while now. The company’s lowers aren’t 100 percent polymer, as they sport a light steel alloy reinforcing lug molded into to the polymer at the buffer extension.

The alloy insert also provides the threads for buffer tubes, for a metal-on-metal installation that’s better suited for use with standard AR-15 buffer tubes. Polymer threads can be ruined by cross-threading or over-torquing the castle nut while being assembled. This is especially true for stripped lowers which are commonly put together by home builders.

As far as the rest of the receiver, the polymer is reinforced with a blend of nylon and glass fibers for strength and superior impact and wear resistance. The result is a product that surpassed even ATI’s expectations of what a polymer lower could be.

With the concept proven, ATI went on to design an alloy-reinforced polymer upper, the first of its kind. To test the new receiver set, ATI built a test rifle with a giggle switch. The upper used was just a standard ATI Omni Hybrid Maxx receiver, which like the lower is molded around an alloy insert, this time at the front providing the barrel threads.

Under sustained full-auto fire without breaks between magazine changes or any other cool-down measures, their polymer AR-15 outlived the handguards, which caught fire after 1,200 rounds, and survived the catastrophic failure that stopped the rifle entirely.

After about 2,100 rounds of non-stop full-auto, the red-hot gas block exploded. ATI reported no measurable warping at the gas block port in the upper receiver and no notable cam pin wear.

While no amount of torture testing will suddenly change everyone’s minds about polymer AR-15 receivers, these new Omni hybrid receivers might sell for another reason: they’re see-through. Mostly. While not crystal clear, due to the fiber reinforcement, these uppers are still pretty translucent. Enough to get an idea about what’s going on inside the rifle, looking through from the outside.

The novelty factor here is strong. Just like the rainbow of translucent polymer and clear lowers by the Tennessee Arms Company, ATI’s receiver sets will sell just for their fun and teaching value.

These receivers are prominently featured with ATI’s new Omni Hybrid Translucent Maxx. A straightforward carbine design, the rifles has an M4-profile barrel with a carbine-length gas system and a 16-inch barrel. With it’s 10-inch free-floating quad rail handguard it weighs just 6.5 pounds.

This config has a suggested price of only $699 and it ships with two 20-round Magpul magazines where available. A California-compliant model will be available as well. And through ’til the end of November, everyone who purchases an Omni Hybrid Translucent Maxx rifle can register it with ATI and get a free range bag or backpack.

These may not be the most practical rifles ever made, but that’s never stopped anyone before. For more information, head over to American Tactical online.