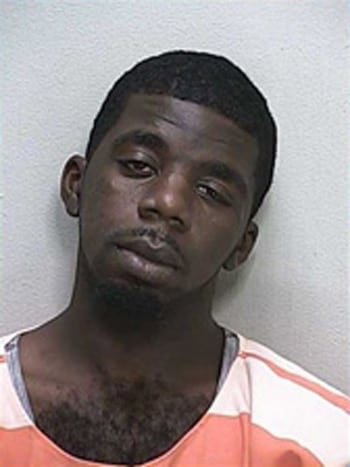 A 26-year-old man remains in critical condition after he was shot while attempting to rob another man during a Craigslist transaction in Ocala, Florida, last week.

Police say this isn’t the first time the suspect has been fired at during a robbery.

A mechanic in Gainsville who buys broken down cars, then repairs and resells them, had placed an ad on Craigslist stating he would pay cash for cars. The Ocala Star Banner reported that the suspect, who was later identified as Jeffrey Tyrone Smith, contacted the mechanic saying he had a pickup truck for sale for $1,500.

The mechanic, whose name was not released, said Smith became rather relentless, and called several times about the truck, finally telling the man he was leaving town soon, needed to sell the truck and would take $1,000 instead.

The mechanic and a friend met Smith at a gas station, who then got into the back seat of the car and led them to the house where he supposedly had the truck.

When they stopped, Smith and the mechanic’s friend got out of the vehicle. As the friend walked around the side of the house, the mechanic stayed in the car and started feeling uneasy about the situation, so he pulled his gun out of the center console.

Soon after, he heard his friend scream and saw him hunched over, holding his stomach. The mechanic quickly realized that his friend had been stabbed. Smith then ran toward the mechanic, who then shot him.

Not knowing if anyone was inside the house and what other unknown dangers may be lurking, they called the police and relocated to a safe area.

Both Smith and the stabbing victim were transported to the hospital. The mechanic was uninjured. The victim was last listed in stable condition and Smith remains in critical condition as of Saturday.

If Smith survives, he will face multiple charges, including attempted murder and robbery with a weapon.

Authorities said this wasn’t Smith’s first Craigslist scam or the first time he’s been met by an armed victim. In fact, he was involved in a strikingly similar incident on April 1 when he met up with a man and his grandson for what they thought would be the purchase of a vehicle, according to a report by the Ocala Post.

Much the same, Smith road in the car with the man and his grandson to a destination where he then put a knife to the grandson’s neck and demanded he hand over the cash. But the $1,800 wasn’t sufficient for Smith, who was expecting the man to have $2,500. After the grandfather refused to go to the bank to withdraw more money, Smith took both of the men’s cell phones and demanded they turn off the car and hand over the keys.

Smith then ran off into a nearby wooded area, but what he didn’t know was that the grandfather had a gun. He fired two shots at Smith, but missed.

Although Smith walked away with the $1,800, the man and his grandson were able to provide police with a detailed description of Smith, which later helped them to determine he was the one responsible for both armed robberies.