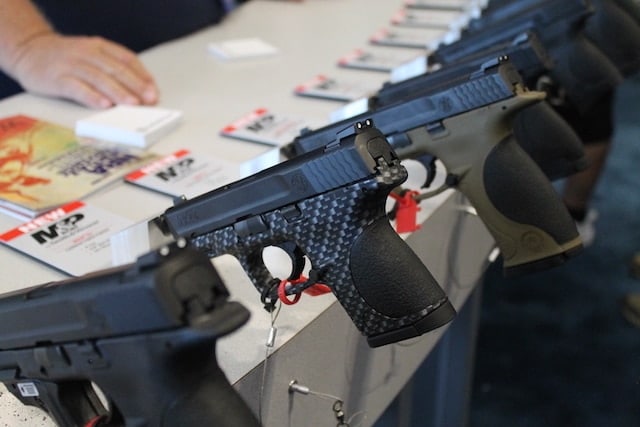 Smith & Wesson’s M&P line is getting a trigger revamp. Following consumer complaints on the trigger’s feel, the company is integrating an enhanced trigger into the entire M&P line.

Essentially Smith & Wesson will modify standard M&P pistols — both full and compact — with the trigger of the M&P Shield, the iconic company’s star concealed carry gun.

The series has functioned as Smith & Wesson’s mid-range model, situated between the stock production line and the Performance Center series.

Despite the M&P’s overall popularity, it has suffered from negative trigger reviews. Often feeling “gritty and with a less than impressive reset, many Smith & Wesson customers opt to trade their factory trigger for an after-market version for a smoother feel.

Following customer complaints, the company made the decision to phase out the old triggers and introduce the enhanced trigger to the entire line of M&Ps.

The company did not make any formal announcement on the trigger re-design, but started integrating it into the M&P series this year.

Smith and Wesson is currently featuring the M&P and a host of other firearms at the NRA Meeting in Nashville, Tennessee.