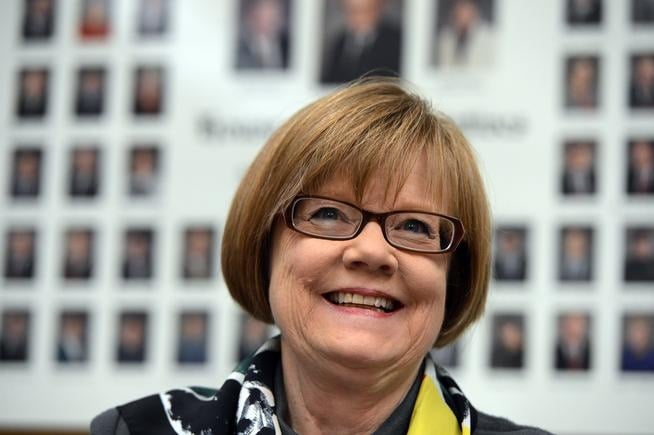 The two measures, which passed the GOP controlled upper chamber of the state legislature in March by narrow partisan votes, were heard by the House Committee on State, Veterans and Military Affairs, which voted 7-4 and 6-5 respectively along party lines to indefinitely postpone the legislation.

“I think what we have passed seems to be working and has not taken away anybody’s gun rights as far as I know – and so I’m not in support of taking steps backwards on any of these,” said Democratic House Speaker Dickey Lee Hullinghorst.

Both measures aimed to rollback parts of Colorado’s strict gun new gun laws rushed through the legislature in the months after the 2012 Sandy Hook Shooting in Newtown Connecticut and signed by Gov. John Hickenlooper (D). That package saw a federal lawsuit from 55 of 62 of the state’s elected sheriffs, a historic recall election to get rid of senior lawmakers that pushed the measure through, civil disobedience by gun owners and the departure from the state of Magpul Industries.

The first measure, Senate Bill 86 would have stricken the expanded background check language covering private sales from the state’s laws.

The second, Senate Bill 175, would have repealed Colorado’s prohibition on the sale, transfer, and possession of what are deemed large-capacity magazines defined as those capable of holding more than 15 cartridges. It would have likewise voided the current requirement that magazines manufactured in the state be marked indicating it was made after July 1, 2013.

Bids to repeal the ban in 2014 as well as in this session’s House never made it past the same committee.

Pro-gun GOP lawmakers who cast their votes in support of the repeals cited fuzzy logic offered as reason by gun control groups to keep the new regulations intact.

“I’m surprised by the lack of data, science and evidence on this,” said Rep. Yeulin Willett, R-Grand Junction. “This is a constitutional right, and if you are going to impinge upon the constitution … then you have the burden of proving to the citizens that it is working.”

The Committee also weighed in on a House bill, 1168, which would have lifted the gun free zones around Colorado public schools and allowed lawful concealed carry on public elementary, middle, junior high, and high school grounds. Rep. Patrick Neville, R-Castle Rock, who was a survivor of the 1999 Columbine shooting, sponsored the proposal.

“I remember fathers coming up to me whose sons I knew well, asking where they were,” Neville told the Colorado Independent. “People I’d known since elementary school are no longer with us today. I think some of the staff who were heroic in so many ways that day, if they’d had the ability to equip themselves, some of my friends might still be with us.”

His bill, like the two from the Senate, was postponed indefinitely.