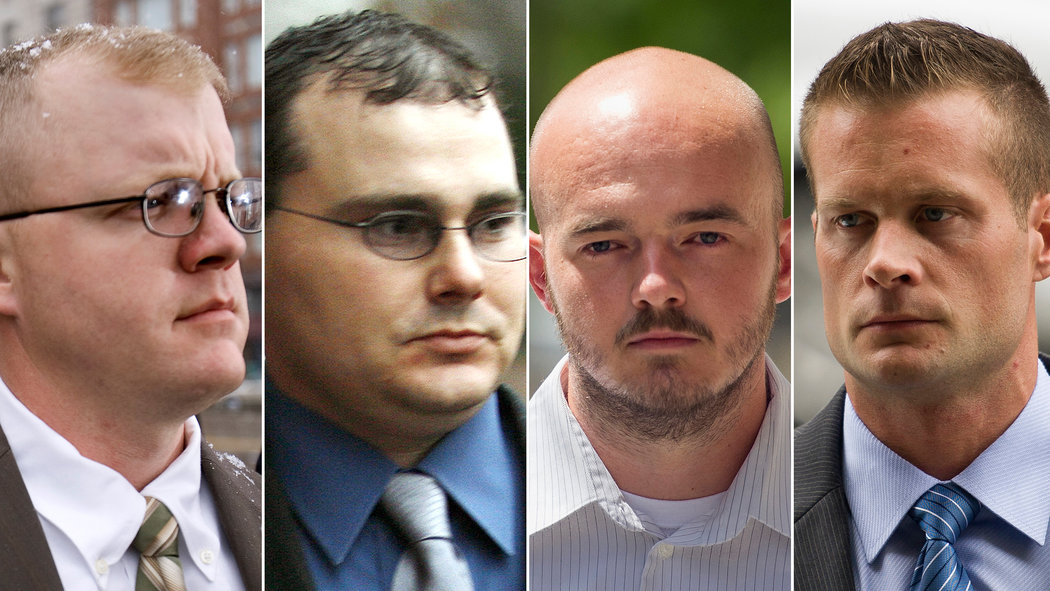 A federal judge in the District of Columbia handed down one life sentence and three 30-year sentences to the men who opened fire on unarmed civilians at Nisur Square in Baghdad on Sept. 16, 2007.

The guards — Nicholas Abram Slatten, Paul Alvin Slough, Evan Shawn Liberty, and Dustin Laurent — were all found guilty by jury in October after two and a half months at trial.

Slatten, who is accused of firing the first shots, received a life sentence. The jury had found him guilty of one count of first-degree murder. Slough, Liberty and Heard were each sentenced to prison terms of 30 years and one day.

At a day-long sentencing hearing, Judge Royce C. Lamberth said that the sentences reflected the seriousness of the crimes and the large number of victims. He said that the U.S. government “should be commended for finding and exposing the truth of what happened in Nisur Square.”

Another Blackwater security guard, Jeremy P. Ridgeway, pleaded guilty in December 2008 to voluntary manslaughter and attempt to commit manslaughter. Ridgeway, who testified as a government witness in the trial, has not yet been sentenced.

According to the government’s evidence, on the day of the incident the four men and 15 other Blackwater security contractors were assigned to a convoy of four heavily-armed trucks known as a Tactical Support Team, using the call sign “Raven 23.” Shortly before noon, Raven 23 learned that a car bomb had detonated in central Baghdad near a location where a U.S official was being escorted by a Blackwater personal security detail team. Raven 23 team members promptly reported to their convoy vehicles, and the convoy drove to a secured checkpoint between the Green Zone and Red Zone.

Once there, in disregard of an order from Blackwater’s command, the team’s shift leader directed Raven 23 to leave the Green Zone and establish a blockade in Nisur Square, a busy traffic circle adjacent to the Green Zone.

While occupying the southern part of the traffic circle, seven of the 19 members of Raven 23, including the four defendants and Ridgeway fired their weapons. When they stopped shooting, 10 men, two women and two boys, ages 9 and 11 were dead and another 18 injured.

While leaving the traffic circle, Slough continued to fire his weapon resulting in additional deaths and injuries.

Blackwater said its convoy came under attack, and defense attorneys said in court that witness accounts were fabricated. The company was purchased in 2010 by a group of private investors. The new owners have completely overhauled the establishment with new board members and senior management. It’s been renamed Academi.