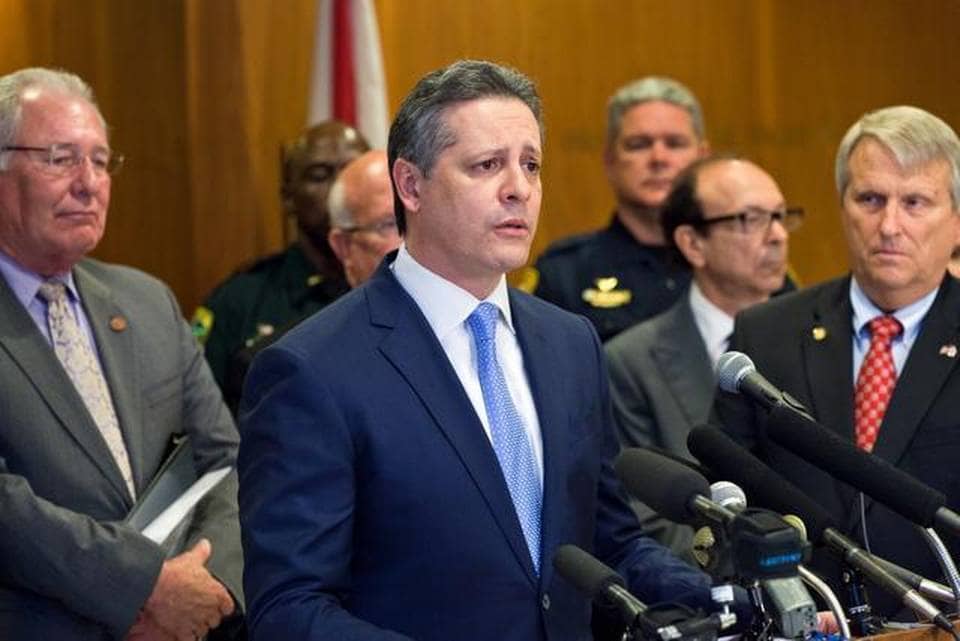 A polarizing measure to allow legal concealed carry on public colleges and universities in Florida is sputtering after a senate committee chair has declined to bring it to a vote.

The legislation, a hot button issue following a shooting at Florida State University last November, passed a 3-2 vote in the state Senate Criminal Justice Committee in February following much public testimony for and against.

Now on the agenda for the Judiciary Committee, it may die there.

“I’ve polled the members of the Senate, and there doesn’t seem to be too much support for that bill,” said committee chair Sen. Diaz de la Portilla, a Miami area Republican.

Sponsored by Sen. Greg Evers, R-Okaloosa County, SB 176, aims to scuttle language in the Sunshine State’s laws that deem public colleges and universities restricted areas for those who are lawfully carrying a concealed handgun. During the recent incident at FSU, one of the three victims shot by a gunman was a concealed carry permit supporter who couldn’t legally carry his gun on campus.

It has met fierce opposition from gun control groups who have paid for television ads against the measure. They have been joined by university police chiefs and administrators, many of whom have testified against such gun reform legislation which in turn has led to allegations of ethics violations.

Dierdre Macnab, head of the League of Women Voters of Florida, told the Tampa Bay Tribune that the chiefs’ and university presidents’ involvement was a “pivotal factor” in delaying the bill’s progress through the Senate.

However, Second Amendment advocates in the state argue that the current session is not over just yet and grassroots supporters of the measure are reaching out to lawmakers.

“Sen. Evers deserves to have his bill heard,” Marion Hammer, president of the Unified Sportsmen of Florida and past president of the National Rifle Association, told Guns.com. “The people deserve a vote on the bill. Nothing is dead until they adjourn for the year. This bill will not go away.”

Senate President Andy Gardiner is distancing himself from the apparent backlash by pro-gun activists who have been bombarding his social media accounts by putting the onus of SB176 not proceeding through committee back on de la Portilla.

“Despite what you may have read, it is the Senators who Chair our committees who make the final decisions on what bills receive a hearing,” Gardiner replied in a statement posted to his Facebook account. “I have not blocked any legislation from receiving a hearing in committee or on the Senate floor.”

A companion House bill, sponsored by Rep. Greg Steube, R-Sarasota, has cleared committee and now waits for a full House vote, but would conceivably have to negotiate the same committee minefield in the Senate to make it to the governor.

April 21 is the last day for scheduled committee meetings.