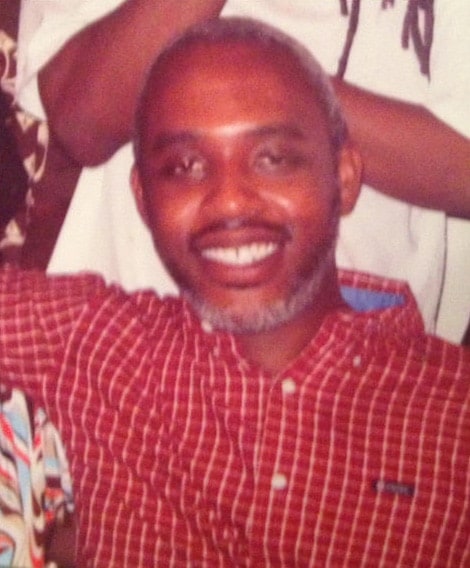 The mother of Frantzy Armand was shocked at the accusations against her son, but wanted to tell anyone who was hurt by him that she is “very sorry.” (Photo: NBC Miami)

What initially started out as a call Tuesday morning from the owner of a cab company about one of his employees quickly escalated into a police chase through the streets of Miami, theft of a police cruiser and an exchange of gunfire between the suspect and responding officers.

The cab driver, who was later identified as 29-year-old Frantzy Armand, apparently became angry while at the company and began throwing and breaking things. According to a report from a local CBS affiliate, the owner called the police and the man sped away in a cab.

A short time later, the cab was seen by a rookie officer speeding down the road. The officer, who only recently completed training and has been on solo patrol for just three months, initiated a traffic stop with the cab driver.

While the driver stopped, he was not ready to surrender to authorities.

Although details are still a bit sketchy, it is known that Armand emerged from the vehicle with an assault rifle and fired at the officers.

Witnesses indicated about 30 shots were fired, but neither Armand or the officers were struck. However, a driver who was passing by at the time was hit by a bullet.

The officer, who attempted to take cover during the exchange, received help from a resident who was driving by in a van. The good Samaritan, who was called a hero by Javier Ortiz, President of the Miami Fraternal Order of Police, stopped his van so the officer could use it as a shield, then drove the officer to a safe location.

“He helped this officer through thick and thin in a war zone,” Ortiz said. “Some people would just pick up a cell phone and take video but this man helped.”

At some point during the exchange, Armand was able to steal a patrol car, after such time, the pursuit continued.

During the second pursuit, Armand crashed the police cruiser then bailed from the car and another exchange of gunfire ensued.

In the midst of the shootout, another woman was struck by a single bullet, but it was at this location that Armand was also apprehended.

Hector Cordero caught the dramatic moments on cell phone video while in his apartment.

“It gave me goose bumps,” Cordero said. “It was very scary. I heard what sounded like firecrackers, pow, pow, pow, he came by our apartment and we looked out and saw him. Then he started shooting at the officer.”

At that point, Cordero said he took cover in the bedroom, where he could hear another four rounds being fired.

Armand was airlifted to the hospital, where he remains in critical but stable condition. He will face charges for at least two counts of attempted murder on law enforcement officers.

Both of the injured victims were taken to the hospital and received treatment for the non-life threatening wounds they sustained. Both are expected to make a full recovery. It’s unknown at this time if they were struck by bullets which belonged to the suspect or the police.

The rookie officer, who is married and has a small child, was treated and released for an unknown injury.