Polenar Tactical, the up-and-coming YouTube start-up, is about to release a training DVD for AK users, “AK Operator: The Modern Guide to a Legendary Rifle.” The Slovenian team has been making videos for fun and education for more than three years now and they’re ready to take the next step.

Like a lot of projects, the team has turned to crowdfunding for the project and has already — in under a week — raised the $9,000 needed to bankroll their project. Backers who pledge funds now are guaranteed to get the goods and from here out it’s nothing but stretch goals and celebration for Polenar Tactical.

Polenar has already planned and largely scripted the training project, and has officially raised the money necessary for the equipment to shoot the video. From here on out any money they make will go to extra features and additional content, like the special-edition Manca cover which the team has decided to personal fund in thanks for the huge amount of support they’ve already received. 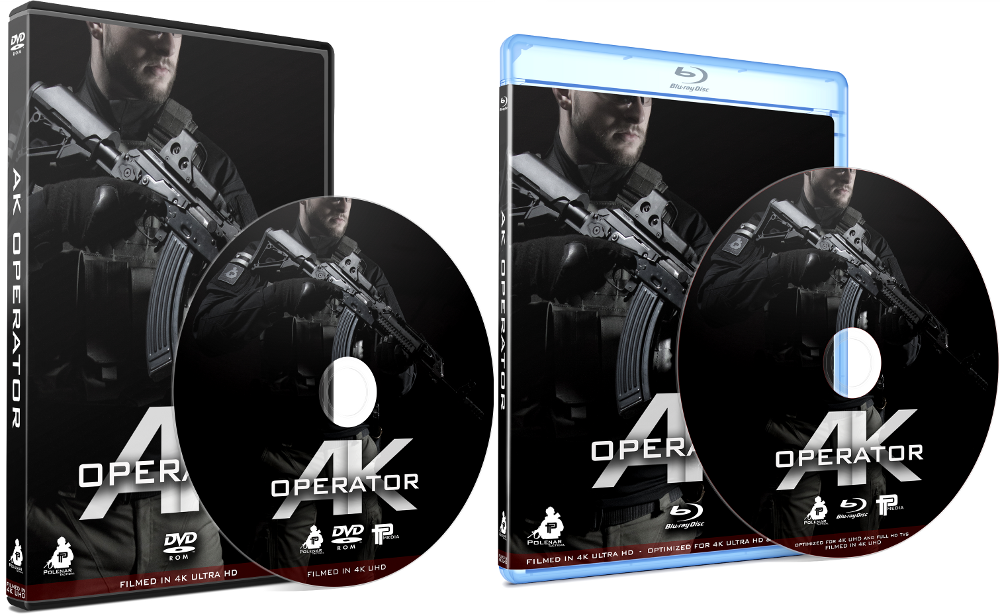 Polenar Tactical is taking pre-orders for DVD and Blu-Ray among other formats. (Photo: P.T.)

Backers who support the project have their choice of video options starting at $25 for a digital download. Media will be available on DVD and Blu-Ray disks and they’re also offering packages loaded with swag, including autographed posters and Polenar Tactical apparel. High rollers backing the project with $1,000 or more will get every bit of kit plus a weekend of hard training and harder drinking with the Polenar Tactical crew back at home in Ljubljana, Slovenia.

They’ve already exceeded their first milestone and have reached the next stretch goal, a section that tackles the subtleties of specific-caliber AKs. Over the decades, AKs have been chambered for many other cartridges other than 7.62x39mm, including 5.45x39mm, 7.62x54mmR and 5.56x45mm and even chambered for 12-gauge shotshells. At this rate they’ll have no problems hitting the $12,500 mark which will cover costs needed for two-disk set with even more AK training goodness.

Their last and final stretch goal is to raise $15,000 to do an entire chapter on the Zastava M76, a sweet AK variant chambered for 7.92x57mm Mauser. A designated marksman’s rifle, the M76 is intended to equipped with a magnified optic for use at long ranges.

Guns.com spoke with Polenar Tactical’s Žiga Polajnar about the project and the team. Polajnar started shooting young with his dad, a soldier and veteran of the Slovenian Independence War. Polajnar served himself and found that his years of shooting as a youth for recreation and competition gave him a real advantage.

In the same way that a lot of shooting techniques are developed by civilians and retired military shooters stateside, Polajnar’s skills were developed as a regular citizen for shooting competitions. “I learned the least about firearms and shooting techniques when I was in basic training,’ Polajnar said. “I guess Slovenian military just lacks in that area. But the good side of that disappointment was that it changed my career path and brought me to where I am now.” 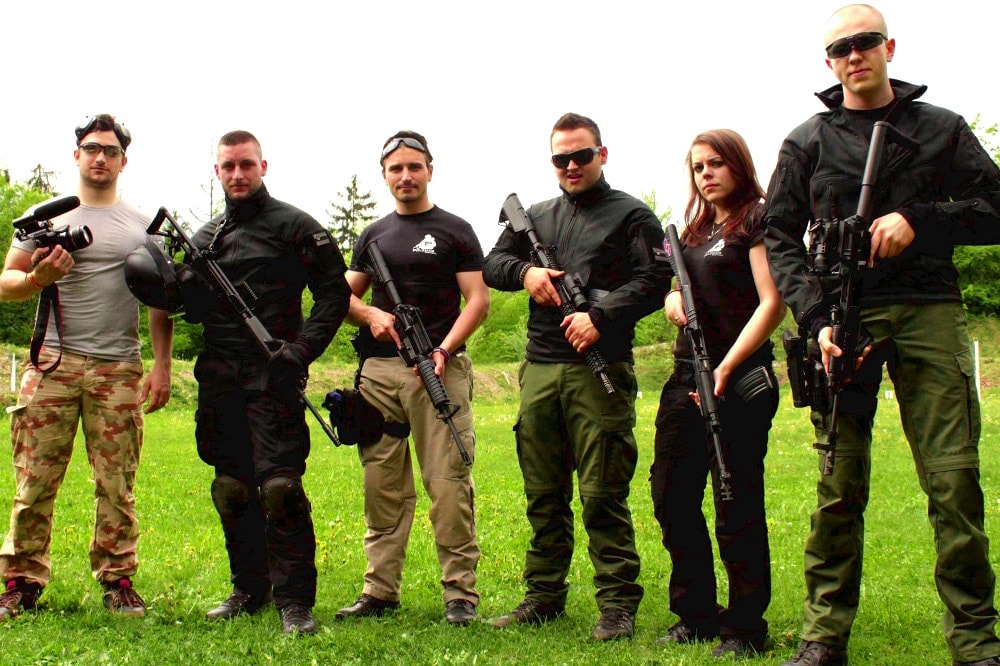 Polajnar and the crew ready to apply their skills to a larger project. Together they’ve accrued a lot of time behind these rifles and know their strengths and weaknesses well. “I like AKs for what they are, but in an ideal world I would love to see and AK with a high-precision barrel, free floating front handguard, right side charging handle, bolt catch and bolt release, integrated rail, diopter backup sights … wait a minute, am I describing an AR?” Polajnar joked.

If you were wondering what they like to shoot that would be Zastava rifles. “I have to say that I really grew fond of our Yugo AKs,” he said. “The Zastava M70 models. We had an original AKM that we eventually sold (I still regret that) and I have to say that it hardly compares to the M70. The Yugo models have thicker barrels, better receivers and overall better quality and finish. The only drawback is the non-chrome lined barrel that starts to rust without proper maintenance.”

While the team is proficient with a wide variety of firearms Polajnar wanted to emphasize the fact that this project is entirely dedicated to the AK platform. They’re not ruling out other future videos, naturally. The team has had a nice range of guns featured in their shorts including ARs and Czech Vz.58 rifles and carbines.

“My vision is to make the ultimate training video for the AK platform and I think we can definitely do that if our initial goal is met,” Polajnar said. “The basic version will also cover some of the different AK variants, but if we exceed our goal and meet some of our stretch goals, then we can make a special chapter [that] compares the variants and shows terminal ballistics of different calibers. So in short, more funding means more quality content for the users.”

With more than three weeks left to go, there’s a high likelihood that Polenar Tactical will hit all of their stretch goals. So if you’ve ever enjoyed their videos and even if you’re just now learning about the Polenar Tactical team, it’s no tricky decision to pre-purchase their upcoming AK Operator video. If you like what you see, visit their website and check out their YouTube channel for more.