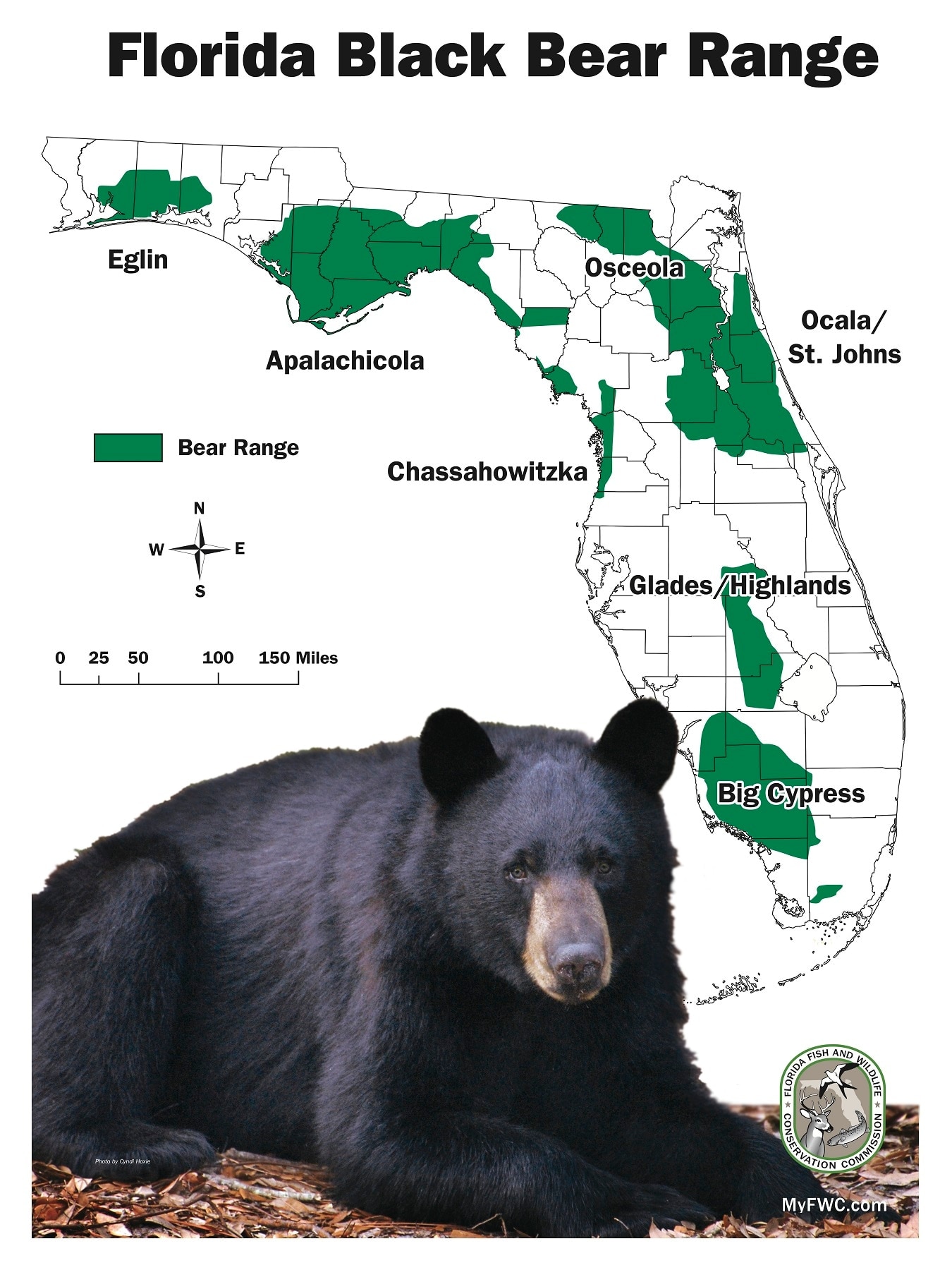 The Florida Wildlife Commission estimates that over 3,000 black bears are now roaming the state, leaving the prospect of an open season for the first time this century a valid prospect. (Photo: FWC)

At the Florida Wildlife Commission meeting in Tallahassee on Wednesday, state officials voiced support for the first open season on black bear in over 20 years to help curb an exploding population.

The commission approved proposed rules which, if passed at the next meeting in June, will allow limited hunting of black bears in a season set to open as soon as October.

“Bear populations have grown over the last 15 to 20 years. It is our responsibility to manage these populations, and hunting is an important and effective tool to help us do so,” FWC Chairman Richard Corbett said in a statement emailed to Guns.com.

The FWC also introduced a plan to issue depredation permits that would authorize a landowner to remove bears under certain circumstances if they are causing property damage.

“Of the 41 states that have black bears, 32 of them already allow hunting in some form or fashion,” said commission Vice Chairman Brian Yablonski. “And all those states have managed to do it in a way that is sustainable and that works to preserve and keep a healthy, thriving bear population.”

Anti-hunting groups including the Humane Society of the United States, who have opposed traditional black bear harvests in other states, are lining up against what they term a trophy hunt. This has included hanging banners from interstate overpasses urging FWC to cancel hunt plans.

“We want to make the FWC realize the public is not in favor of this,” Bryan Wilson of the Animal Rights Foundation of Florida told the Orlando Sentinel. “It’s not wanted and it’s not needed.”

More moderate wildlife groups in the Sunshine State explained FWC’s resources would be better spent in education and mitigation.

“We don’t believe hunting in remote areas will do much to reduce bear human conflict but that better trash management and reducing human food sources coupled with stronger rules, education and compliance with warnings, and enforcement against flagrant violators will be helpful in conflict reduction,” Manley Fuller, president of the Florida Wildlife Federation told Guns.com via email.

Fuller explained that this is something that has been seen with other species in the past.

“The hunt plans are very controversial as the public is divided over this issue and will likely be so for at least several years as were the early alligator seasons but the bear issues are more intense,” Fuller said. “The good conservation news is that our bear population has increased and the public is engaged in a vigorous discussion of bear management issues like hunting, best approaches for problem bears, efforts to reduce food habituation, maintain healthy populations and habitat for bears.”

Pro-sportsman groups maintain that hunting is just another tool in the toolbox for conservation efforts in the state.

Hammond also suggested the state lower the hunt permit fee from $100 to $50 for Florida residents.

“We truly don’t have a track record of what the harvest will be, and we do want hunter participation,” Hammond said in a statement sent to Guns.com.

The FWC Commission is set to have a final vote on the proposed season at its upcoming June 23-25 meeting in Sarasota.