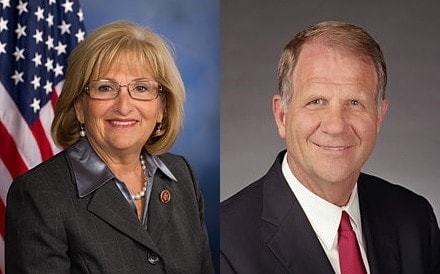 U.S. Reps. Diane Black (R-Tenn.) and Ted Poe (R-Texas) reintroduced legislation this week to prohibit the federal government from requiring race or ethnicity to be disclosed in connection with the purchase of a firearm.

The proposal is a repeat of one by the same two lawmakers last session that arose from allegations that the Bureau of Alcohol, Tobacco, Firearms and Explosives firearms purchase record forms were asking intrusive and unnecessary questions about a would-be firearm possessor’s demographic background.

“Law abiding citizens should never have to play 20 questions with Uncle Sam just to access their fundamental right to keep and bear arms,” said Black in a statement obtained by Guns.com. “As a gun owner myself, I know that this is not only a Second Amendment concern, but also a privacy concern. The government has no legitimate reason to collect this information in the first place. That is why my bill would ban the ATF from requiring Americans to list their race or ethnicity in order to purchase a firearm.”

The new bill, termed the Freedom from Intrusive Regulatory Enforcement of Arbitrary Registration Mandates Act, or FIREARM Act, is a simple two-page piece with a single tenet: “The Federal Government may not require any person to disclose the race or ethnicity of the person in connection with the transfer of a firearm to the person.”

Currently failing to adhere to answering these questions, which cannot be skipped, can lead to a non-transfer, and the possibility of fines and imprisonment if a firearm is transferred without completing the form.

Although race and ethnicity information questions have been present on the ATF Form 4473 for more than a decade, dating back to the administration of President George W. Bush, the Republican lawmakers are citing its current use as indicative of Obama-administration overreach.

“This requirement by the ATF is another example how this administration continually makes it harder for law-abiding citizens to possess firearms,” said Poe. “Bottom line, if a law-abiding citizen is lawfully purchasing firearms, race and ethnicity are irrelevant. It is time to stop punishing those who are following the law.”

The legislation has been introduced as H.R.1739 and is currently referred to the House Committee on the Judiciary with 11 co-sponsors.