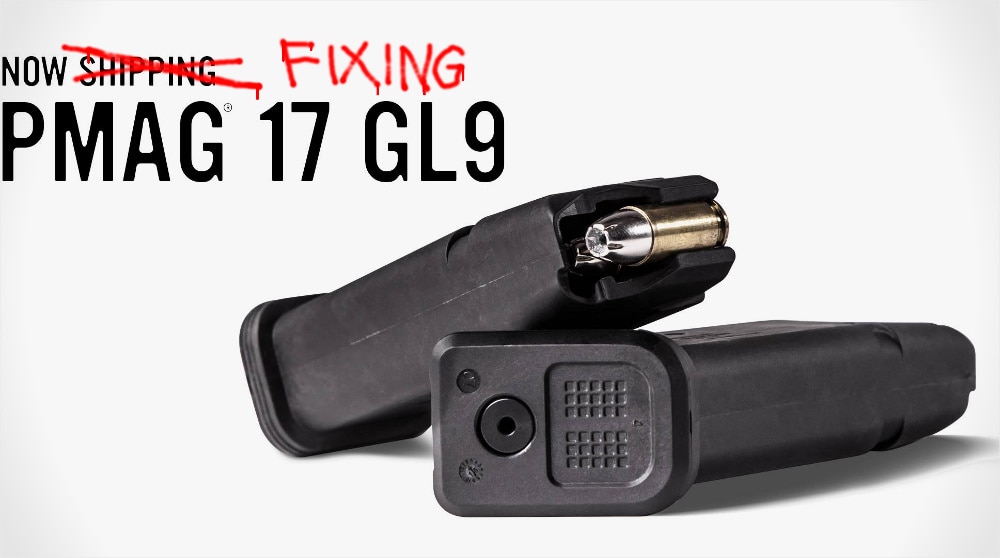 Breaking out the red pen. Happens to the best of us.

At the top of this year Magpul announced yet another ground-breaking product, the PMAG 17. An inexpensive polymer 17-round Magpul magazine for Glock 17s, the PMAG 17 was guaranteed to succeed even before it hit the market. About the only thing that could go wrong was if some small, but critical step or test was overlooked.

A small but critical mistake was made. Just a few days after the public release of the PMAG 17 Magpul has confirmed that some magazines are not feeding correctly when paired with other 9mm Glock pistols, specifically the Glock 19 and Glock 26.

“Of all the challenges of building a Glock magazine with single new composite, issues like [will they] drop free, impact strength and feed lip retention were foremost on our mind,” said Magpul’s chief executive officer, Richard Fitzpatrick, in a Facebook announcement. “The failure to feed came as a bit of a surprise to us and we immediately headed out to the range to investigate.”

“We found the problem. Without getting into technical details, some small, but critical geometry changes did not make it into the initial production molds. We should have caught this but no failures showed up on our factory guns during live fire testing and flaws in our internal processes of checks/balances did not flag the oversight as it should,” he said.

Magpul is being extremely up-front about plans to address the problem and has published a schedule with how it will be proceeding.

Customers who ordered magazines from Magpul, Brownells and Midway will be shipped replacement magazine bodies automatically. If you bought from those companies you’re in the clear, all you have to do is wait. People who purchased their magazines locally will be able to pick up free replacement parts from the stores they bought from and of course, Magpul customer service will tackle this on a case-by-case basis if need be.

No company is above mistakes, but as an industry leader, Magpul is taking the initiative to show the world how companies can fix things when the inevitable happens. “In short, we are updating all of the affected magazines released as quick as we possibly can,” Fitzpatrick said.