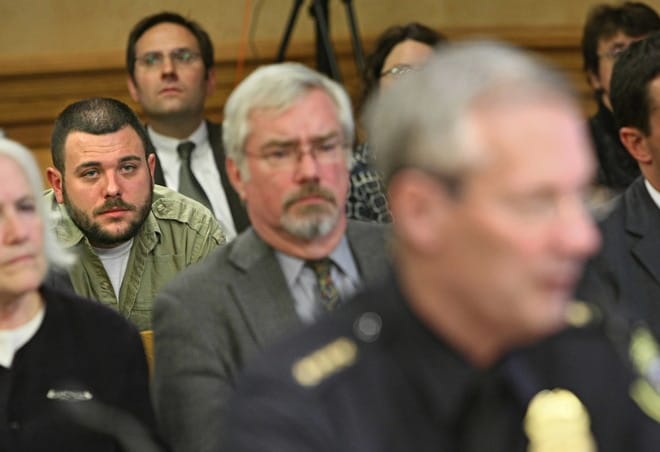 Attorneys for a national gun control group were ordered to pay $800 in jury fees after a Milwaukee County judge ruled information the group posted online was inadmissible, resulting in a five month delay of this week’s initial trial start date.

The Brady Campaign to Prevent Gun Violence has since removed the case information from its website, The Milwaukee Journal Sentinel reported.

The two attorneys from the gun control group on Monday requested to withdraw from the case involving two former Milwaukee police officers who are suing a gun shop that sold the firearm used to injure the men, according to court record.

Officers Bryan Norberg and Graham Kunisch were shot by Julius Burton on June 9, 2009, with a pistol the plaintiffs claim was “negligently and unlawfully sold” to Jacob Collins the month before, according to court documents.

Collins entered Badger Guns with Burton, 18, who then picked out the Taurus PT140 he later used to shoot Norberg in the face and fire several rounds into Kunisch, according to the complaint.

Collins then completed an Alcohol, Tobacco, Firearms and Explosives transaction form and initially indicated the gun wasn’t for him, which the gun shop employees convinced him to change to indicate he was the buyer, the complaint claims.

According to a request for summary judgement filed by the defense, Badger Guns owner Adam Allan, as the sole owner and under limited liability, could not have aided and abetted the company’s alleged wrongful act. Allan and others associated with the business were either not at the store or not part of the transaction between Collins and Badger employee Donald Flora, the brief states.

Plaintiffs further alleged that Collins should have been prevented from the purchase because of his history of marijuana abuse since 2007 and was in possession of a potted marijuana plant the day he was arrested for the shooting.

Representatives from both the Brady Campaign and Badger Guns declined to comment.

This isn’t the first time Badger has been accused of negligence. The gun shop has a notorious reputation for selling guns recovered by police in crimes and has been responsible for at least six police injuries caused by guns it sold from 2008-2010, according to a 2012 Milwaukee Journal Sentinel report.

A Journal Sentinel investigation also found that the gun shop in 2006 – when it went by the name Badger Outdoors – was given a pass by federal investigators for offenses that could have shut the shop down. It then underwent some minor personnel changes and the son of the owner, a longtime employee, was issued a new license to run the shop under the new name.

Another trial, Lopez & Arce v. Badger Guns, is set to start this month and pits two other Milwaukee Police officers against the gun store, according to court filings. Like in the former case, this complaint alleges the gun shop negligently sold a gun to a straw purchaser, who then sold the gun to a man who shot police officers. 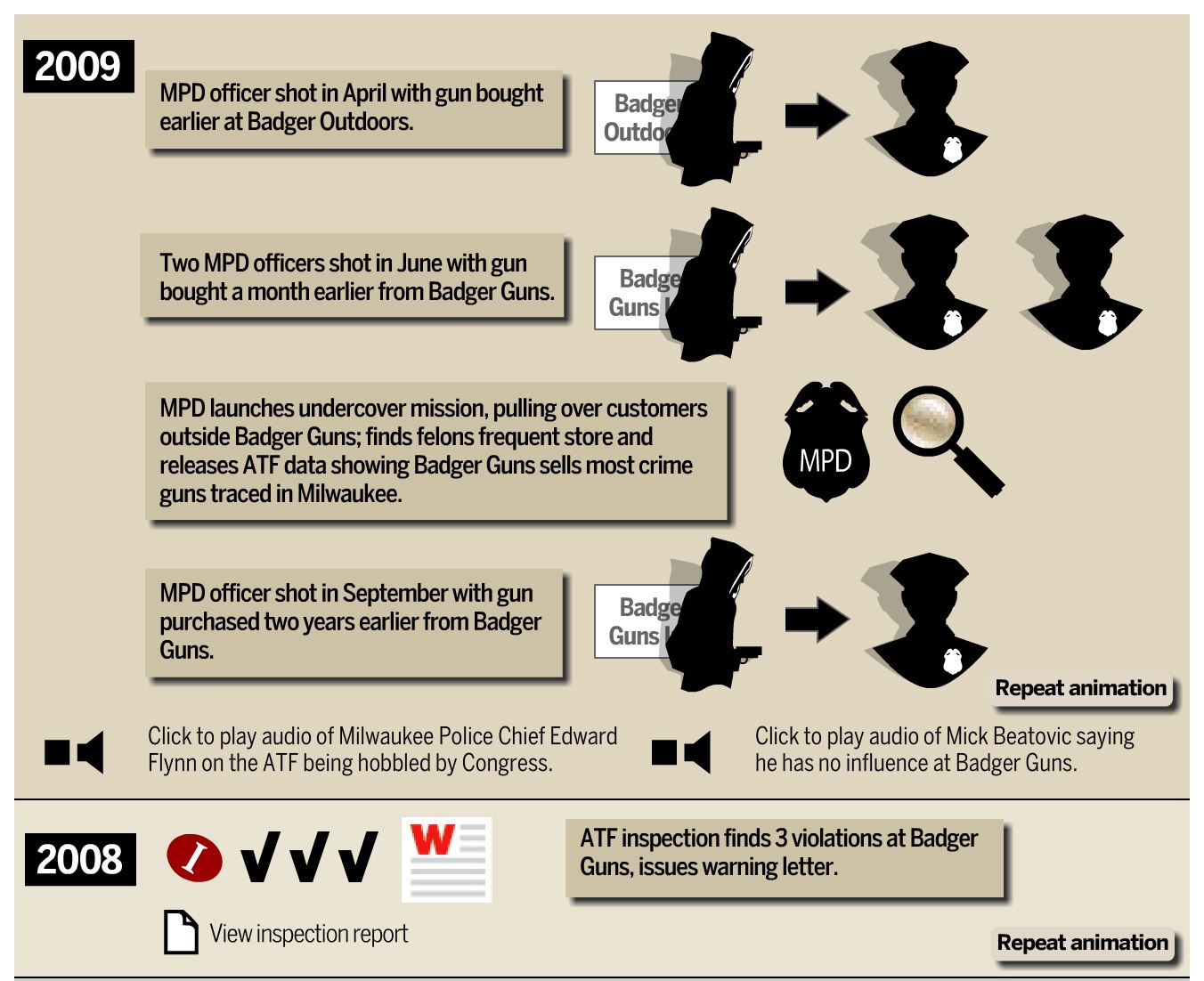