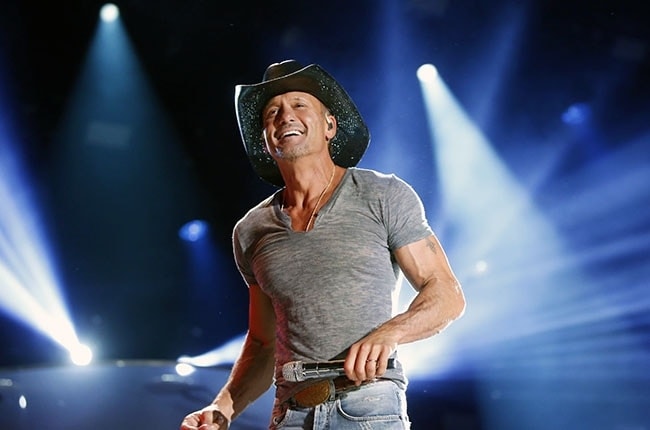 Country superstar and self-described, “blue dog Democrat,” Tim McGraw has signed on to an event to benefit Sandy Hook Promise, a group that has championed expanded background checks and gun control measures.

The Connecticut-based group, formed in the aftermath of the 2012 Newtown school shootings that claimed the lives of 20 first-graders and six educators, has for the past several years pleaded their case for an overhaul of both local and federal gun laws, and backed legislation for enhanced background checks and magazine limits.

“We are so grateful and excited to announce that on July 17th, Tim McGraw will be playing a show in Hartford, CT,” reads a statement posted Tuesday by the group. “Proceeds will honor SHP and our unrelenting work to promote mental wellness, combat social isolation, and prevent gun violence to #‎ProtectOurKids.”

McGraw, who in a 2008 interview told People of his political leanings and support for then-presidential candidate Sen. Barack Obama, is set to headline the concert with country performers Billy Currington and Chase Bryant as opening acts.

The singer and actor, who was named a Country Music Icon at the 2014 People’s Choice Awards and has even mentioned a possible candidacy for governor of Tennessee, told NBC Connecticut that he fully supports the SHP mission.

“Out of this tragedy a group was formed that made a promise to honor the lives lost and turn it into a moment of transformation,” said McGraw. “Sandy Hook Promise teaches that we can do something to protect our children from gun violence. I want to be a part of that promise – as a father and as a friend.”

The event will come during a lull in his 2015 Shotgun Rider Tour that also features Currington and Bryant.

Reportedly, Dean Brown, the musician in McGraw’s band, is a longtime friend to Mark Barden, father of Daniel Barden, one of the first graders killed at Sandy Hook Elementary School in 2012.