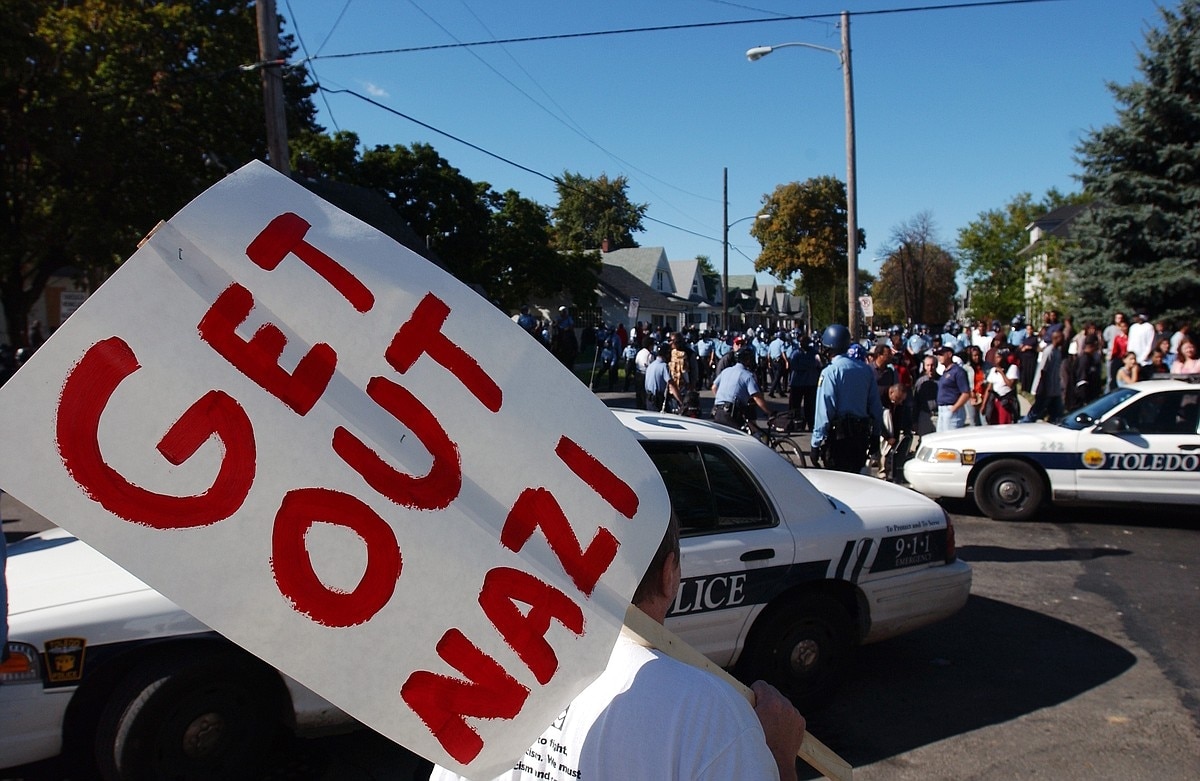 Police and city officials in Toledo, Ohio do not want a repeat of a 2005 riot between neo-Nazis and counter-protestors and are seeking to suspend Second Amendment rights during an upcoming event this weekend. (Photo: J.D. Pooley/AP)

An rally this Saturday by a neo-Nazi organization in Ohio’s fourth largest city is being met with an attempt by city leaders to restrict all attending from carrying firearms.

“What we need to do is ensure all people are safe, “Mayor Hicks-Hudson said. “That’s our role as government — to keep the peace and make sure people are safe.”

The city leader feels that, in this case at least, public safety trumps Second Amendment rights.

“The constitution says no right is absolute,” she said. “You are allowed to bear arms but no right is absolute. We are trying to maintain peace and tranquility in our area to make sure no one is hurt and it’s not only for people rallying here, but any other folks who would be coming.”

In 2005, a march by 15 NSM members under police escort in Toledo turned into a four-hour long open riot between protesters and city police that led to over 100 arrests. The event ended with an 8 p.m. curfew, the Nazi group being whisked away by a SWAT team for their own protection, and the mayor declaring a state of emergency.

Whether or not the gun-free zone order is issued by the courts for this weekend, the Toledo Police Department are beefing up their efforts to maintain order.

As reported by Toledo News Now, all bags, purses and sticks are banned, as are parked cars in the demonstration area under threat of a tow-away order.

“The main message we want to get out as a police department is, number one to stay home or go somewhere else, don’t come downtown if it’s not necessary. However, if you want to come downtown, you need to abide by our rules,” said Lt. Joe Heffernan.

The event is set for Saturday, April 18 at 3:30 p.m. on the steps of One Government Center in downtown Toledo.