Suppressors could soon be legal in Minnesota in face of opposition 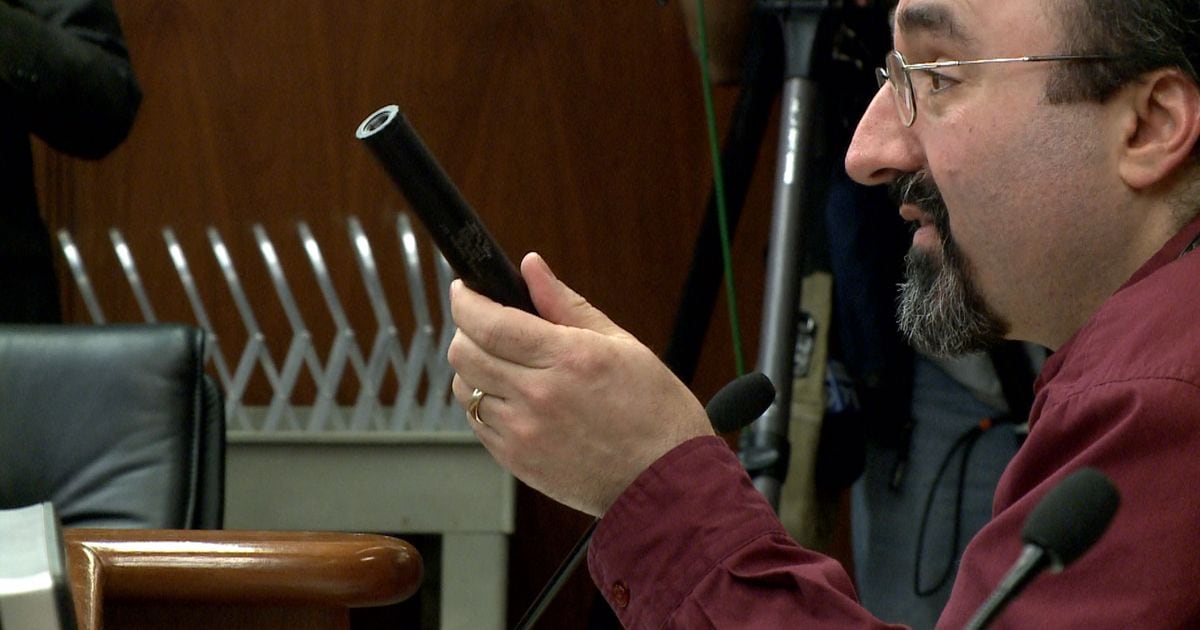 “I’m not allowed to own this in Minnesota, because even though it could save my hearing, it would make me a felon to possess this,” gun rights advocate Andrew Rothman, told House lawmakers last month of suppressors. (Photo: Kare11)

After a bill passed through the Minnesota House on a bipartisan 89-40 vote this week with much debate, the number of states that allow civilian ownership of suppressors could soon jump to 40.

The proposal on the table would grant legal ownership and possession of National Firearms Act-registered sound moderating devices to the Gopher State’s five million inhabitants. It passed the Republican-controlled House despite some contentious opposition from urban Democrats and anti-gun groups.

“These gun suppressors do not make a gun silent,” said Rep. Mark Anderson, R-Lake Shore, sponsor of the proposal. “What they do is make it quieter. Neighbors, even out in the country, would benefit from less sound.”

Next, the measure would allow suppressors to be used in hunting and trapping in accordance with state conservation laws. Should this language remain intact, Minnesota would become the 36th state to allow for suppressor hunting.

Finally, it includes a “shall sign” requirement that mandates chief law enforcement officers in the state sign suppressor applications within 15 days of receipt, provided they pass a background check.

Those in opposition to include House Dems, gun control groups, and the Minnesota Chiefs of Police Association fear that, should suppressors become more common in the state, it could render Shot Spotter gunfire detection devices deployed by police in metro areas ineffective.

However, in 2009 when the subject of suppressors and Shot Spotter devices was brought up in New York, company Vice President Gregg Rowland, noted that the system cannot detect what it cannot hear, but that, “this does not happen very much in the real world.”

Further, lawmakers disclosed that a member of the Minneapolis Police Department advised the spotters could be programmed to recognize the sound of firearms with suppressors.

NFA industry groups as well as the National Rifle Association were pleased with the results of this week’s debate in the House.

“The Minnesota House sent a clear message on Thursday that suppressors should be legal to own in The North Star State,” Knox Williams, president of the American Suppressor Association told Guns.com.” With 89 yeas, they were only one vote shy of a veto proof majority. Special thanks to the bill sponsor, Rep. Mark Anderson, and to Rep. Tony Cornish, for all of the hard work that they’ve put in to this bill.”

Williams advised they are gearing up to take the campaign for civilian-legal suppressors to the state’s Senate where the liberal Minnesota Democratic–Farmer–Labor Party (DFL) enjoys an 11-seat majority.

“We look forward to working with the NRA to help pass this legislation in the Senate so that all 5.3 million Minnesotans will be able to better protect their hearing while shooting,” he told Guns.com.

The legislation has been received in the upper chamber and was referred Friday to the Senate Judiciary committee. Should it negotiate the Senate, it would proceed to the desk of Democratic Gov. Mark Dayton for further consideration.