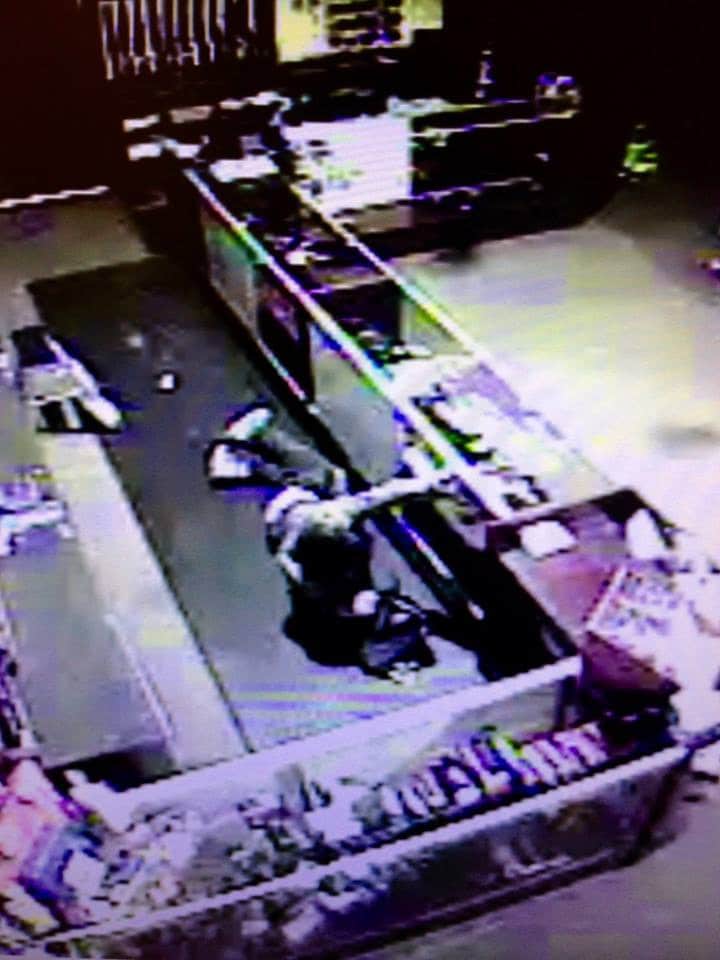 This person, who prefers to crawl on his right side, is the culprit. (Photo: Liberty Guns)

A $5,000 reward is offered for information leading to the arrest and conviction of those responsible for stealing 36 guns from a Georgia gun store earlier this month.

Liberty Guns in Acworth was burgled in the early morning hours of April 3, a Friday. The ATF and the Paulding County Sheriff’s Office are investigating the incident and fear that the guns may make their way into the black market and into the wrong hands.

“ATF takes this crime very seriously,” said Carl Walker, ATF special agent in charge. “There are 36 firearms on the street, with the strong potential of being sold to or used by other criminals to commit violent crimes. ATF is committed to preventing firearms trafficking, which is a serious offense resulting in significant federal prison time for those responsible.”

The Bureau of Alcohol, Tobacco, Firearms and Explosives is offering the $2,500 reward, which will be matched by the gun industry lobbyist the National Shooting Sports Foundation.

In addition to the rewards from ATF and NSSF, Liberty Guns released a statement April 4 saying the owners are offering a $500 store credit for information that leads to an arrest.

In the statement, the store said the family-owned business lost roughly $20,000 worth of merchandise.

They said the thief bypassed security and breached an area that was under construction — the range next door — but has reviewed its safety and security protocols to prevent a future incident.