Licensed open carry on the brink of success in Texas (VIDEO) 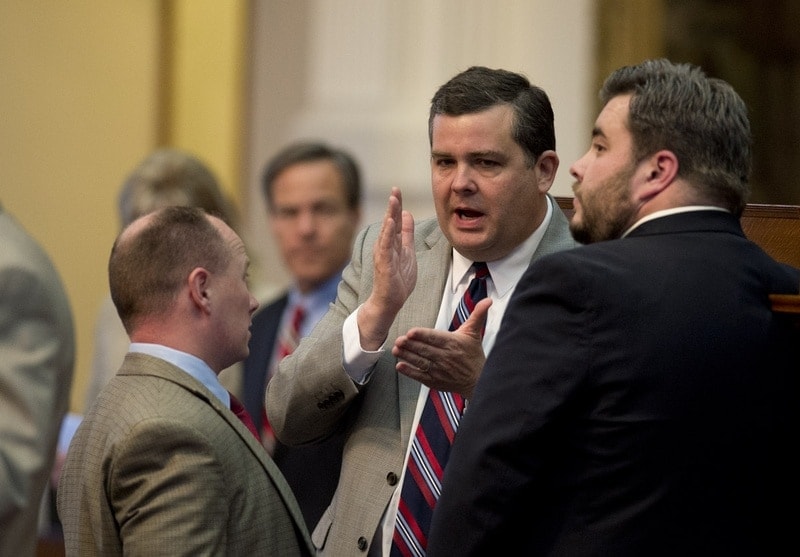 After years of contentious struggle for and against, the Lone Star State is within reach of becoming the 45th state to allow the lawful open carry of modern handguns.

This comes as the state House gave its 96-35 approval Friday to a proposal to grant the 840,000 Texans with concealed handgun licenses the ability to open carry a handgun after a five hour debate. The state Senate passed a similar proposal last month that needs to be reconciled with the House bill before it can be sent to Republican Gov. Greg Abbott for signature.

“It’s time to go ahead and take this next step,” said Rep. Larry Phillips, R-Sherman, the bill’s author. “It’s time to join the ranks of states like Massachusetts … and allow our citizens to have this right.”

Phillips’s bill, HB 910, would modify language that has been a part of Texas law since after the Civil War and allow the open carry of pistols or revolvers in public, provided the individual has a state-issued concealed handgun license. Currently, only black powder handguns and long arms may be lawfully carried. Texas is one of just six states to include Florida and California that prohibit the practice.

Metro law enforcement chiefs, House Democrats and national gun control organizations are in opposition to the measure and are threatening to remember last week’s vote in the next election cycle.

“As a gun owning Texas mom, I am ashamed of our Texas lawmakers who voted in favor of extremist interests and petty politics instead of representing the majority of Texans who oppose the open carry of handguns,” said Angela Turner with the Texas chapter of Moms Demand Action in a statement. “I expected better of my Texas lawmakers and will be keen to remember this when I return to the voting booth.”

While proposals for unlicensed open carry and constitutional carry tanked in the state capitol this year despite a hard push from state gun rights groups, HB 910 has made it further than any other bill of its kind in Texas legislative history. That at least has some Second Amendment advocates hopeful for things to come.

The measure is set for a final vote Monday.