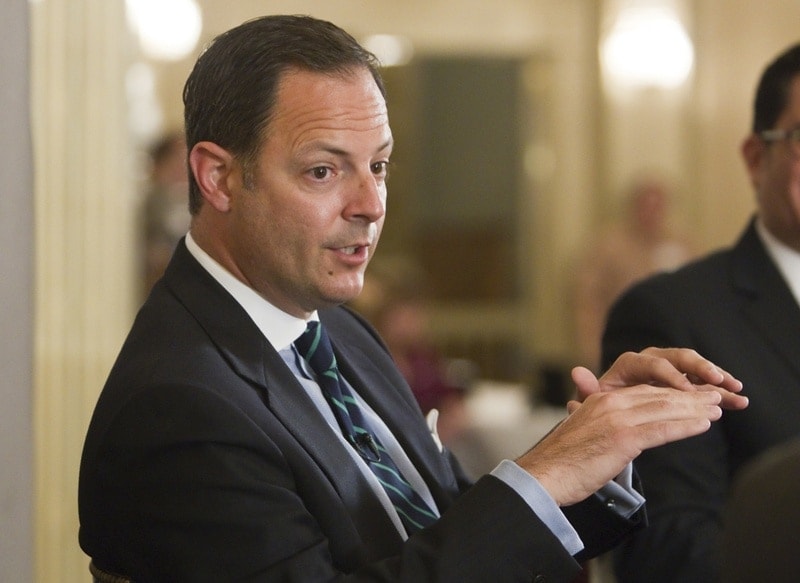 A number of rural Democrats jumped ship in the final vote for a bill Monday to allow open carry in the Lone Star State that would include some of the largest cities in the country.

The easy 101-42 roll call, which picked up seven House Democrats, clears the bill to grant Texans with a concealed carry permit and sends it to the Senate for concurrence.

The final day of debate saw the defeat of a proposed opt-out that would have exempted Houston, San Antonio, Dallas and Austin from the expanded carry rights measure. Urban lawmakers argued that the four metro areas, ranked among the dozen largest cities in the nation by population, should be treated differently.

“Rural open carry is different than densely populated open carry,” said Rep. Rafael Anchia, D-Dallas, who proposed the amendment. “If you put this to a vote in big cities, I think people are going to say resoundingly no.”

Bill sponsors did not concur.

Phillips’s measure, HB 910, would modify language that has been a part of Texas law since after the Civil War and allow the open carry of modern pistols or revolvers in public, provided the individual has a state-issued concealed handgun license. Currently, only black powder handguns and long arms may be lawfully carried. Those visiting Texas from other states, provided they have a recognized handgun license, would likewise be able to open carry.

A successful amendment tacked on Monday also prevents law enforcement from stopping a law-abiding citizen who is openly carrying and hasn’t broken the law. A further amendment added would lower the penalty for carrying in posted gun free zones on private property from a Class A misdemeanor to a Class C.

While the majority of states – 44 – allow for some form of open carry, Texas is among the top five most populous to include California, Florida, New York and Illinois that do not. The Lone Star State’s nearly 27 million residents swamp the next largest open carry state, Pennsylvania, by a factor of over two-to-one.

However, as noted by CJ Grisham, president of Open Carry Texas, the current legislation is not inclusive of the majority of the state’s gun owners.

“We now encourage the legislature to hear and pass bills that will affect the other 97 percent of Texans that choose not to pay for a handgun license and surrender their rights,” he said in a statement emailed to Guns.com. “HB 910 is a step in the right direction for fixing the CHL, now let’s fix the loss of our right to keep and bear arms.”

Still, Grisham noted that the historic open carry bill, which has passed both chambers of the state legislature in slightly different formats, is a victory that gun rights advocates in Texas have long fought to achieve.

“Our members have worked hard the past two years to make this happen,” Grisham said. “Obviously it’s not everything we’ve been fighting for, but if you don’t fight, you can’t win. Anyone in business will tell you that you never ask for what you think they’re going to give you. You always ask for more and you might be surprised what you get.”

The measure now heads to the Senate for a procedural vote to approve minor differences in the two bills and then to Gov. Abbott who has repeatedly advised that he would sign open carry legislation that makes it to his desk.