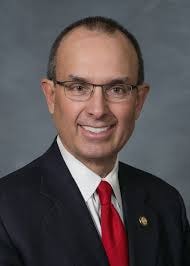 From what I read recently, it looks as if North Carolina will attempt to ease its grip on gun owners in the Tar Heel State in the coming months. Senator Jeff Tarte has proposed Senate Bill 708, which would effectively create a “Homeland Security Unrestricted Concealed Handgun Permit”. This permit would grant holders permission to carry a firearm any place a law enforcement officer is legally allowed to carry.

“Theoretically, you’d be able to carry in a facility that has ‘no guns allowed’ signs,” Tarte said. “We have to clarify (the bill) on individual property owner rights — if someone wanted to preclude you from carrying a gun on their private property.” He added, “While police do a great job, in most of the situations where you have mass murders, it happens in an instant and there’s no time for police to respond.”

Tarte also commented, “It would be nice to have good people who are prepared to take care of the defenseless. That’s why police, I think, are very supportive,” making sure constituents know that this bill is backed by law enforcement officials.

Buncombe County Sheriff Van Duncan, however, (who has not read the bill and is a Democrat) would not state his stance on this particular bill, though he did express that the notion of an unlimited concealed carry causes him concern. He claims the idea is similar to that of allowing teachers or administrators to carry guns in schools after the Newtown, Connecticut school shooting.

I’m in agreement with Van Duncan’s observation but not his conclusions.  It’s clear that the two measures are similar–and that’s a good thing.  Trained concealed carry permit holders should be allowed to carry anywhere; including schools and post offices, even if this would mean a sweeping overhaul of NC’s current carry system and, in this regard, Tarte’s bill does prescribe a dramatic change to NC’s carry requirements.  Likewise, it addresses apparent legal contradictions with existing legislation.

Current North Carolina law dictates that those carrying a concealed weapon into a building with a sign indicating that no guns are allowed can potentially lose his/her permit. A provision in this bill would eliminate that part of the law.

Tarte’s bill would also require a potential permit holder to go through extensive training, far more than the current stipulation that candidates only have to receive some range training. The permit candidate would now need to undergo simulated active shooter scenarios, called “simmunition” training, and complete a new, extensive mental health examination along with a background check. These exams would be similar to what police officers go through.

The permit candidate would incur the cost of this training, which could be more than $1,000, Tarte said. He sees the costs and requirements as limiting applicants to “a couple hundred” people statewide – most of them retired military or police – which makes me think that maybe this law isn’t as liberating as it appears on the surface. Though I see the value in exhaustive training, it seems to be a very expensive way to be able to exercise your rights.

Tarte has also proposed a bill, SB 641, that would remove a provision prohibiting those previously diagnosed with depression, or other temporary mental disorders, from obtaining a concealed carry permit.

Tarte believes it’s unfair for someone who suffered depression or anxiety after a divorce or a death in the family and sought medical care to be denied a permit years later. In a country with more than 300 million guns, Tarte said we have to come to grips with the extent to which we are violent by nature.

Although not all humans are violent by nature, some are, and guns can level the playing field for those that are not violent. I do agree with Tarte that it is not necessary to prohibit those suffering from depression or other temporary and treatable mental disorders from owning firearms in the future. Their lives are not less valuable than others simply because they suffered a temporary bout of depression and deserve the same rights as others when protecting their lives, liberty, or property.

The North Carolina House of Representatives also has submitted their version of bills written with the intent to loosen the gun control laws of the state. Representative George G. Cleveland, a republican from Jacksonville, has sponsored House Bill 562. This bill would make a “pistol purchase permit” requirement unnecessary. Currently, North Carolina residents must obtain this permit from their county sheriff in order to buy a handgun. This permit requires the person seeking a permit to go through a federal background check.  “The more guns we have in society, the politer society will be,” said Cleveland, a retired career Marine.

While I’m in agreement with Mr. Cleveland and mostly with Tarte on the issues, I still can’t say I’m a fan of either proposal. My aversions to both lies in their fundamental assumption–the egregious belief that the government must write a law to give citizen’s more freedom. Instead of simply “scratching out” the bad portion of existing laws, politicians insist on wasting time and money putting on paper what we as civilians are allowed to do in greater detail, writing restrictions that allegedly give us more freedom. Seems like a catch-22 to me.