City of Oakland to pay $275K to teens mistaken for robbers, shot by police 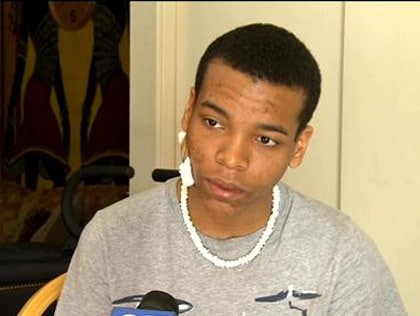 According to the complaint, Frenswa Raynor suffered emotional trauma and still had flashbacks of the day he was shot. (Photo: ABC)

The City of Oakland agreed Tuesday to payout $275,000 to settle a lawsuit over a police shooting of a teen mistaken for a robbery suspect.

Frenswa Raynor will be given $230,000, and a friend of Raynor, who witnessed the shooting, will receive an additional $45,000, the The San Francisco Chronicle reported.

Raynor’s family filed a federal lawsuit last year for the April 3, 2013 incident. Police were responding to a call about a restaurant that had been robbed at knife point by several teenaged boys. While officers were en route, a witness to the robbery followed a group a boys, made up of Raynor and two friends, whom he wrongfully thought were responsible for the robbery.

Four officers responded to the call, and when Officer Bryan Clifford came upon the teens, about a block from where the robbery occurred, Clifford perceived a threat when he saw Raynor reach towards his waistband. Clifford shot the teen, striking him once in the jaw. Raynor was transported to the hospital and released into police custody. He spent the night in jail before he was released the following day, with no charges filed against him.

The remaining teens were briefly detained, then released, and a subsequent investigation revealed that neither Raynor nor any of his friends were responsible for the robbery, and none of them were armed when the shooting occurred.

According to the complaint against the city, the teen still has bullet fragments in his jaw, suffers from pain and sensitivity in the area, and endured emotional trauma.

While the Oakland City Council voted to pay the funds, not everyone agreed the settlement was sufficient. Councilwoman Desley Brooks called the payout “despicable” because Raynor and the other teen did nothing wrong.

“We ought to make sure that we right the wrongs that happen,” Brooks said. “And I don’t think this settlement represents that.”

Brooks’ comment was followed by applause from those present.