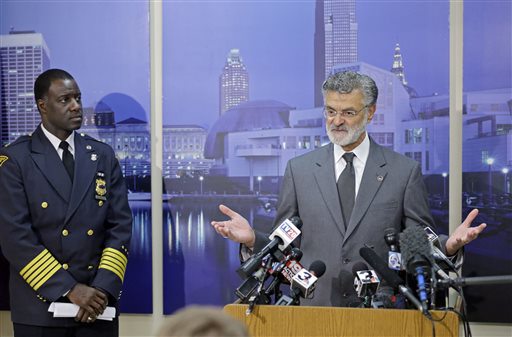 Following passage of a vast new set of regulations on guns, Ohioans For Concealed Carry filed suit against the City of Cleveland citing violations of state preemption laws.

The action, filed Tuesday in Cuyahoga County Common Pleas Court, seeks to block implementation of a city ordinance passed Monday that mandates gun owners report private gun sales as well as guns lost or stolen to local authorities and compels firearms offenders living within the Ohio city’s limits to register their place of residence and other personal information.

The gun rights organization in 2010 won a case in the Ohio Supreme Court that cities could not pass gun laws in excess of those maintained by the state. Citing that decision, the group is taking Cleveland to task.

“Five years later and despite repeatedly being reminded of this court ruling the City has knowingly violated state law fully aware of the inevitable repeal of these laws by a competent court,” reads a statement from the group posted Tuesday.

The Second Amendment group contends that urban crime is a complex problem in the city that isn’t going anywhere under the current administration of Mayor Frank Jackson and Cleveland Police Chief Calvin Williams, so the city is striving to, “divert voters’ attention to a decoy issue they claim is the ‘real problem,'” by passing new gun laws.

“If you can’t control criminals’ behavior – the real cause of all crime – blame all of the guns including those in the hands and homes of average law-abiding citizens,” says the statement.

Cleveland’s city council, with Jackson running point, spent much of last summer espousing a plan to combat gun violence in the city that would include a gun offender registry, rationing purchases, mandating the use of gun locks and other controversial measures.

While the gunlocks and rationing sections never made it to law, other items did.

Jackson is a member of Mayors Against Illegal Guns, the gun-control organization founded by former New York City Mayor Michael Bloomberg now under the Everytown for Gun Safety umbrella.

“We are a charter home-rule city,” Zone said. “It is in our right to enact laws that make sense for the city of Cleveland. We knew this was a possibility, but we were careful to create something that is unique to Cleveland and is complementary to the state code.”