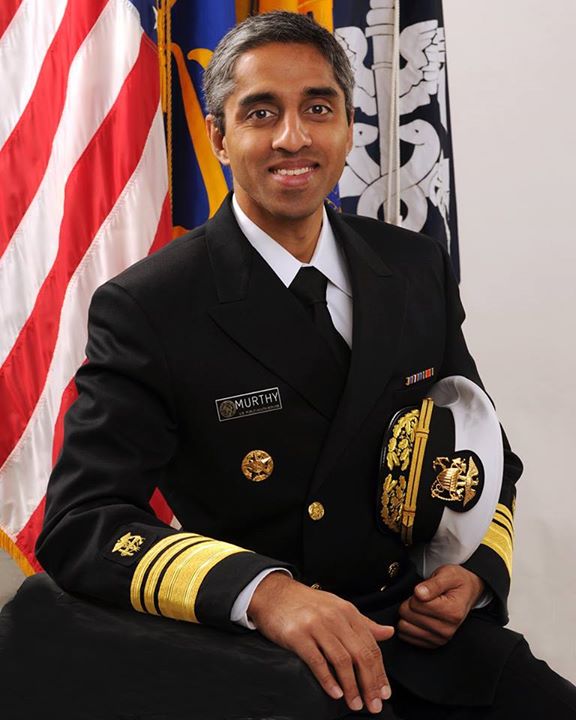 Murthy comes to the post of “America’s Doctor” following a narrow 51-43 vote of confirmation from the U.S. Senate last December.

President Obama nominated the 37-year-old physician for the post in 2013, but his confirmation ran into fierce opposition from Second Amendment advocates over statements he had made in support of gun control as a health care issue.

Gun control advocates rejoiced at the news of his swearing in as the head of operations for the 6,700 uniformed health officers of the U.S. Public Health Service.

“The gun lobby fought hard against his nomination – all because he’d said gun violence is a ‘health care issue. With your help, we went toe-to-toe with the gun lobby, and we won. Now, we have a Surgeon General who recognizes what the data makes quite clear: gun violence is a threat to public health,” reads the post.

Before assuming the post of Surgeon General, Murthy was the president of “Doctors for America.” Murthy founded the group, currently comprised of 15,000 medical workers and students, in 2008 under the name of “Doctors for Obama.” Gun control as a public health issue was a large part of that group’s agenda.

Although Murthy was mum on the subject of guns Wednesday, Vice President Biden, on hand for the event, was not.

“Thankfully, the people that held up the nomination don’t have to wait that long for a doctor’s appointment,” Biden said.

Gun rights advocates were not impressed.

“Anti-gunners like Murthy really want to make gun ownership a ‘public health’ issue so they can quarantine gun owners,” Alan Gottlieb, the Chairman of the Citizens Committee for the Right to Keep and Bear Arms and the founder of the Second Amendment Foundation, told Guns.com Thursday. “That is their ultimate end game.”

“The American people made clear their support of our Second Amendment freedoms in the 2014 mid-term elections by electing pro-gun majorities in both the U.S. House and Senate and in legislatures across America,” Catherine Mortensen, NRA Spokesperson told Guns.com. “The confirmation of Dr. Murthy was a final gift to President Obama from the anti-gun Senators the NRA defeated. Murthy’s confirmation reminds our members and Second Amendment supporters everywhere, we must elect a pro-freedom President in 2016.”