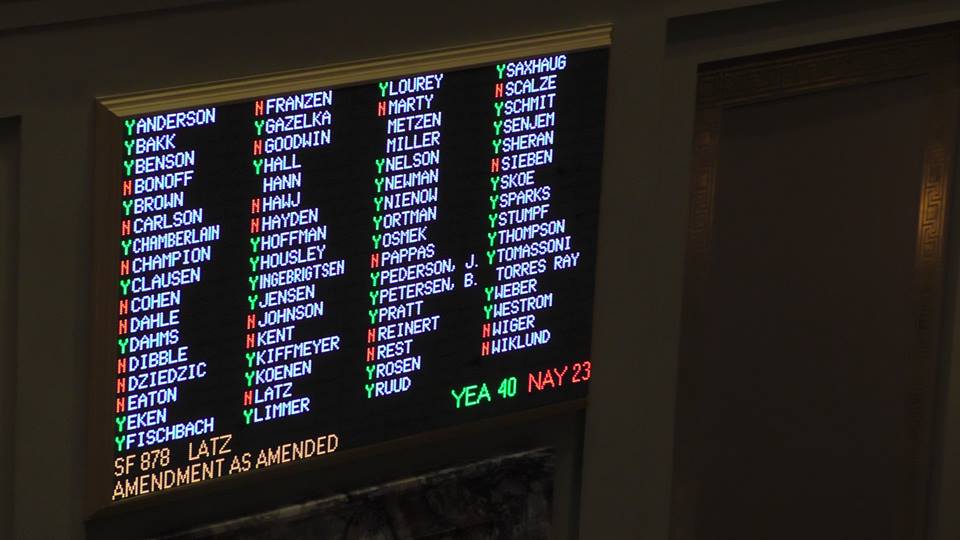 Not to be swayed by threats of veto, the Democrat-heavy Minnesota Senate approved an omnibus bill that included legalizing suppressors. (Photo: MGOCRA)

In response to the promise of a veto from Gov. Mark Dayton, the majority Democrat Minnesota Senate passed a measure to repeal the ban on otherwise legal suppressors in the state by a 40-23 vote Thursday.

The proposal now headed to a final conference committee, would grant legal ownership and possession of National Firearms Act-registered sound moderating devices to the Gopher State’s five million inhabitants. It passed the House earlier this month by a healthy bipartisan 89-40 vote with much debate.

“I’m not aware that there is any part of the Second Amendment to the U.S. Constitution that gives us the right to bear a silencer,” Dayton, a Democrat, warned lawmakers in a letter sent just hours before a final vote in the Senate. “Suppression of gun noise heightens the risk to law enforcement officers and also innocent bystanders.”

Despite the warning from the state’s chief executive, the chamber gave it the stamp of approval by a nearly veto-proof majority.

Further insulating it from executive action, with the help of Majority Whip Sen. Lyle Koenen (DFL) the suppressor legalization language was folded into SF 878. a huge Judiciary policy bill that addresses a number of widely varied issues.

Industry groups feel that Dayton’s stand against the devices, which are rarely used in crime, is due to outdated stereotypes that come more from Hollywood than real life.

“Like many Americans, Gov. Dayton believes that suppressors completely silence the noise of a gunshot,” explained Knox Williams, president of the American Suppressor Association. “His statement is nothing more than a response to an issue that he doesn’t yet understand. Governor Bullock (D – MT) held similar beliefs when he vetoed suppressor hunting legislation in Montana in 2013. However, once he was properly educated on the issue, he urged the legislature to legalize their use in the field.”

Williams continued, saying, “Gov. Bullock’s change of opinion wasn’t ideological, it was educational. We call on Gov. Dayton to follow Gov. Bullock’s example to be open to learning the facts about suppressors before vetoing legislation that reaches his desk this session.”

The bill now proceeds to a conference committee made up of five representatives from the Republican-controlled House and five from the DFL-ran Senate to hammer out any differences, then on to Gov. Dayton’s desk as noted by the Minnesota Gun Owners Civil Rights Alliance.

According to the legislative process in the state, the governor can then either sign it, veto it, or sit on it in for more than three days in which case it will become law without his signature. Should Dayton reject the legislation, it could be overturned by a two-thirds vote of the state legislature, provided he authorizes a special veto session.

If so, it would be Dayton’s first veto override since becoming governor in 2011.