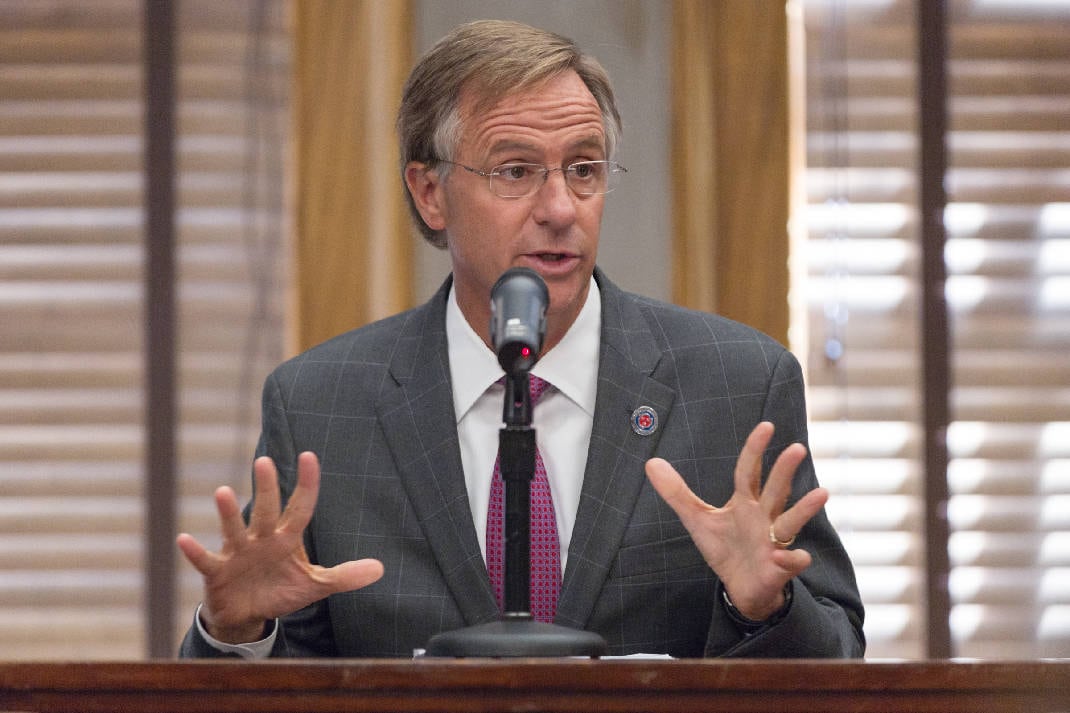 The measure, which had been bounced back and forth between the House and Senate over language that would have scuttled the gun free zone at the State Capitol, finally went to Haslam last week by veto-proof margins after a series of changes that included leaving the Capitol out of the proposal.

In the past several weeks, big city mayors across the state as well as national gun control advocates called on the governor to reject the proposal, going so far as to stage rallies at Nashville’s Riverfront Park, just blocks away from the Capitol during the National Rifle Association’s Annual Meeting.

Still, Haslam, who supported gun prohibitions in city parks while Mayor of Knoxville in 2009, agreed with the majority of state lawmakers and signed the proposal into law Friday.

“Overall I believe the legislation in its final form is a vast improvement from the bill as initially introduced,” Haslam wrote in a letter to Lt. Gov. Ron Ramsey and House Speaker Beth Harwell accompanying his signature.

The governor then voiced caution over adopting the new law as common practice.

“I think its critical going forward that we work together with local leaders to assess the impact of this law and that we all listen and respond to the questions and concerns of those leaders as they work to implement it successfully,” Haslam said.

The measure in question, HB 995, will strike the language in current Tennessee law that allows local city and county governments to prohibit a lawful permit holder from carrying a handgun in a public park that is owned, operated or used by that local government. While parks on school property were excluded, permit holders that use greenways, nature trails, and similar recreational area adjacent to them.

The mayors of Memphis, Chattanooga and Nashville — all Democrats who had campaigned against the measure — were quick to respond to the news of its adoption.

“I was opposed to the bill, opposed to having guns in parks,” said Nashville Mayor Karl Dean. “And if that becomes the law in the state of Tennessee and our local option is taken away from us, we’ll have to follow the law.”

Gun control groups to include the Coalition to Stop Gun Violence the Safe Tennessee Project and Bloomberg-backed Everytown for Gun Safety and Moms Demand Action likewise noted their disappointment.

“Moms across the state drew a line in the sandbox and urged legislators and Gov. Haslam to reject this dangerous bill, and now parents will be left wondering whether the person standing next to their child on the swing set is carrying a concealed, loaded weapon,” Kathleen Chandler Wright, with the Tennessee chapter of Moms Demand Action said in a statement.

Although Haslam, a Republican who has signed several pieces of gun rights legislation since taking office, was notably not tapped by the NRA to speak to assembled members in Nashville this month, the gun rights group embraced the news of his signature.

“This important measure advances Tennessee’s long history of supporting our Second Amendment freedoms,” said Chris W. Cox, executive director of the NRA’s Institute for Legislative Action. “Law-abiding Tennesseans have a fundamental right to protect themselves, whether in their homes, or in parks. This will remove a patchwork of laws throughout the state that could have turned law-abiding citizens into unintentional criminals.”

The legislation was effective upon signing.