Tulsa Arms Show: 60 years of the world’s largest gun show and the man behind it 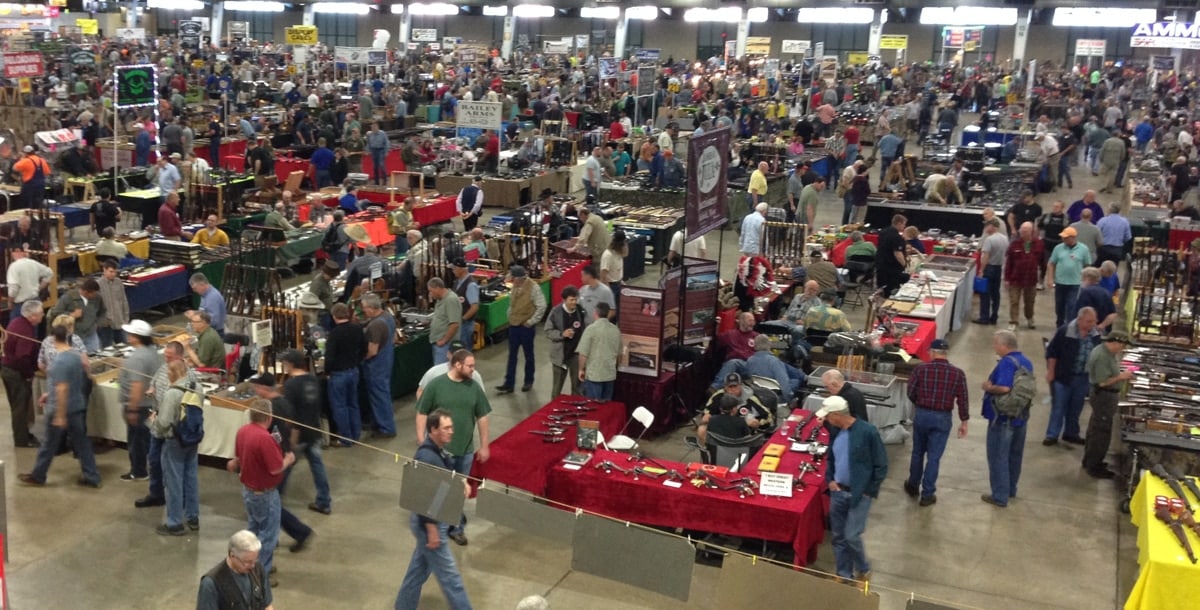 The Tulsa Arms Show and the mayhem that ensues. (Photo: Kristin Alberts)

The Wanenmacher’s  Tulsa Arms Show kicked off April 11 and ran throughout the weekend. The biannual show has had 61 such events thanks in part to one man who long ago took a small, struggling gun show and turn it into the largest gun show in the world.

The Tulsa Arms Show originally started in 1955 by the Indian Territory Gun Collectors Association, of which a young Joe Wanenmacher was a reluctant member before being pushed into the vacated club secretary position in the 1960s.

“After the meeting somebody told me, ‘You know, the secretary is the one who puts on the gun show,” to which Wanenmacher, now 80 years old, replied “No, I didn’t know that!”

Yet he agreed since all the members vowed to help. However, when he arrived at the location to set up the then-117 tables, only he and the club president showed up.

“I didn’t know what to do, so I borrowed my father’s car, drove down to the unemployment office and picked up a carload of workers to help set up the show,” he said.

And the rest is history. The legacy of  the world’s largest gun show, now run by five full-time staff members — mainly family — and more than 100 show-workers coordinating every aspect of the show from setup to paperwork to security.

Neither severe weather nor a shattered wrist suffered in a fall just a few days prior to this spring’s show has stopped Wanenmacher from hosting his event. Roughly 35,000 people attend the show during its two-day run — a far cry from the days of a show that actually lost/cost money from 1955 through the early 1970s.

But he said he never expected to have his name on the world’s largest gun show.

“Not in my wildest dreams!” he said, laughing, and explained that watching the faces of visitors is like seeing wide-eyed kids in a candy store for the first time, which is exactly how I felt stepping into the River Spirit Expo Center — more than 4,250 vendor tables fill the 11-acre heated and air-conditioned building. 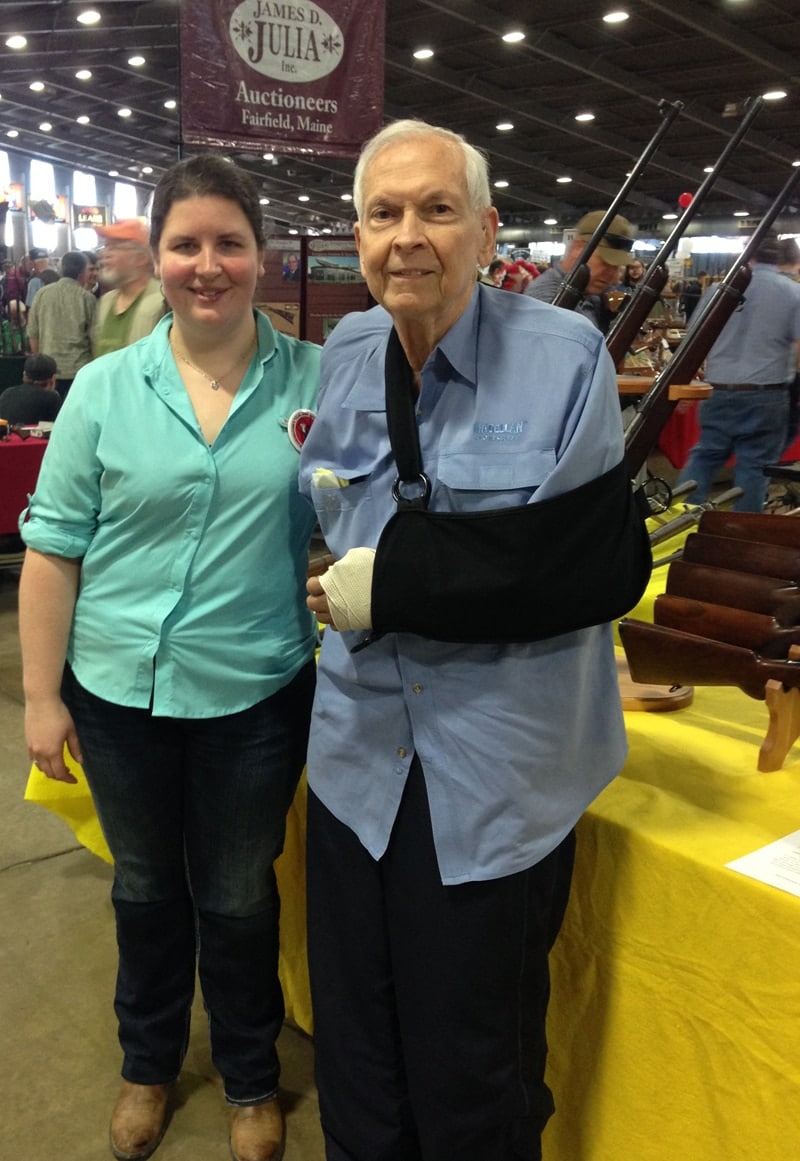 The show draws plenty of celebs and special attractions. Items like Jesse James’ Smith & Wesson Schofield revolver and the rifle hoisted aloft by Charlton Heston during his now famous “from my cold dead hands” speech.

Perhaps the most engaging recognizable personality at the show was Dan Haggerty, better known as Grizzly Adams. He spent Saturday and Sunday signing autographs, talking guns, laughing and telling stories. Don Collier, who starred alongside John Wayne in numerous westerns, was also on hand for a meet and greet.

There were TV cameras galore, as news stations covered the event and segments of The Outdoor Channel’s Gunfather program were recorded.

An unexpected event drawing attention at the show was the arrest of a trio of men attempting to steal several guns valued at roughly $48,000. Thanks to an elaborate camera system that Wanenmacher had installed just days prior to the show, all three thieves were tracked and apprehended before leaving the grounds. An announcement over the loudspeaker system drew cheers from the crowd.

Wanenmacher credits Tulsa central-U.S. location as key to drawing vendors and visitors from around the country, pulling folks from all 50 states, but this year also saw around 150 international travelers who come to deal in more historic firearms. Plus admission to the show is a very fair $10.

There’s just no other metaphor than a kid in a candy store. It’s actually overwhelming — in a very good way — to be in the presence not only of so many fine firearms, but also in the presence of like-minded individuals.

Wanenmacher is quick to mention the absolute importance of the National Rifle Association in maintaining both the gun rights of firearms owners across the country and the ability to continue gun shows. He offers free admission to the show — and a hat — to anyone who buys an NRA membership at the discounted $25 show rate. He thinks it’s the most important thing any gun-owner can do.

“Without the NRA, we wouldn’t have any gun rights today,” he said. Early estimates indicate almost 2,000 new members joined the NRA at the show.

Though the show has certainly become a lucrative business and is run as such, the humble Wanenmacher is quick to point out that the original intent of the show was never to make money, but rather “bring a great selection of guns to Tulsa for club members to see, and to bring together like-minded folks.”

When asked how long he plans to continue leading the grandest gun show in the land, Wanenmacher simply replied, “they’ll have to carry me out feet first.”